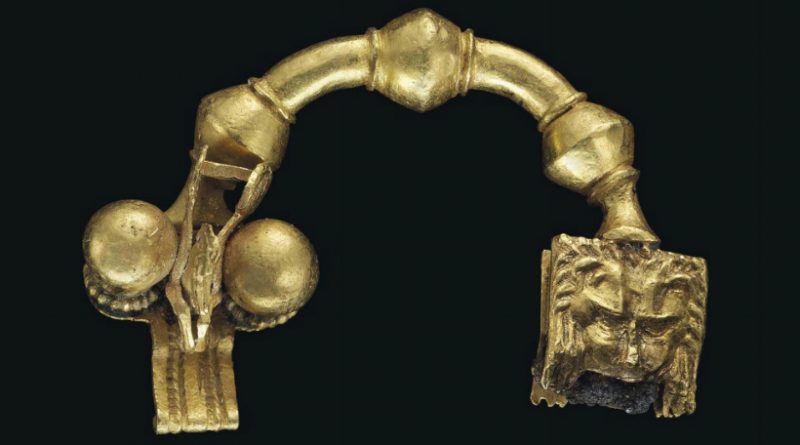 Macedonian archeological sites are rich in ancient jewelry. Living on the periphery of the ancient world under rich Illyric and Paeonian kings and later in the GrecoHellenistic world, the population enjoyed many fruits of civilization. Among them was jewelry of all kinds – earrings, rings, bracelets, necklaces – that was an important fashion accessory and status symbol. A lot of ancient jewelry comes from tombs, and fibulae are ever present among them. The fibula developed in a variety of shapes, but just as most modern brooches, they were all based on the safety-pin principle. Unlike most modern brooches, however, fibulae were not only decorative; they originally served a practical function: to fasten clothing. Fibulae replaced straight pins that were used to fasten clothing in the Neolithic
and the Bronze Age.

Brought from Greek workshops in Asia Minor, fibulae slowly penetrated Macedonian territory. The earlier specimens found in the graves of Illyrian rulers, such as Genthios, were arch-shaped. In the Hellenistic period fibulae were usually made of silver and bronze. There were basic techniques by which metal components were joined. First, the pieces were mechanically fitted together, and then they were metallurgically united by soldering with another metallic alloy having a lower melting point. Or, they were joined by fusion-welding — pouring molten metal of the same composition into the joint and supplying the energy to melt the two parts locally by diffusion. This process had to be used because two pieces of bronze could not be connected by heating and forging due to the oxidized outer layer. In order to bond the two pieces, a bronze wire was heated to the melting point and then used to connect the two pieces.

Necropolis sites all over Macedonia, from Ohrid Lake area to Prilep and Skopje are rich in bronze and silver fibulae with different decoration of the arch. Some variants are in leaf or spear shapes. In the middle they have two separate ribs which come together
towards the end. They are usually made of three parts forming a triangle. Another variant is the fibula with lion heads. One of the most popular is the so-called Macedonian gold Pegasus & Nemean Lion Fibula from the Hellenistic Period dated 330-300 BC. Each side of the hinge-plate is decorated in relief with the Nemean lion pelt with its front paws hanging on either side of its head. The catch-plate has a protome decoration consisting of the forequarters of the winged Pegasus flanked by a spherical dome. In another fibula of the Macedonian type the catch takes the form of a hippocampus, and there are facing lionskins on either side of the catch-plate. 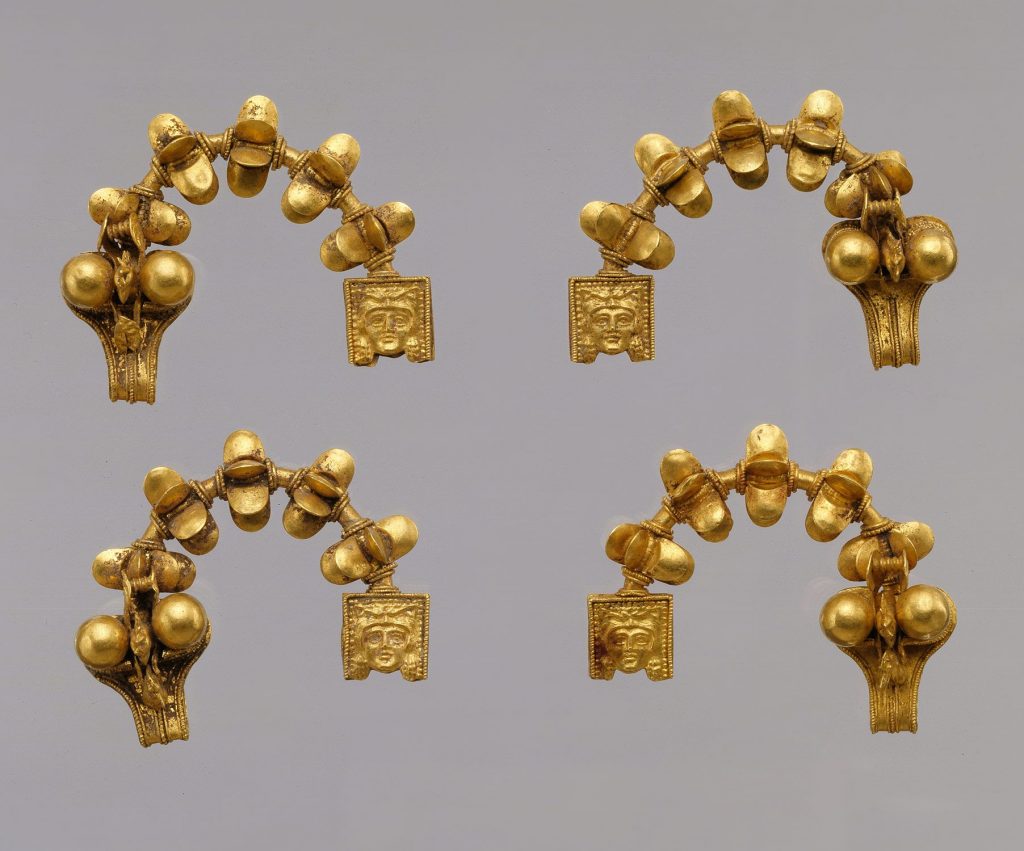 While fibulae clearly served as fastenings, researchers are skeptical that the fibulae found in graves had only this everyday function. They stress that beyond everyday usage the fibulae were specially decorated to show social status of the wearer and that ultimately more valuable and more decorative specimens were crafted for the burial ceremony to serve the dead person in the afterlife and to make him or her more attractive when in contact with the gods. There is even evidence suggesting that dead bodies were adorned with more fibulae than they would have worn when they were alive. The comparison of fibulae in graves and on sculptures points in this direction as the fibulae on the representations of living humans are fewer in number and poorer in design than those found in graves.