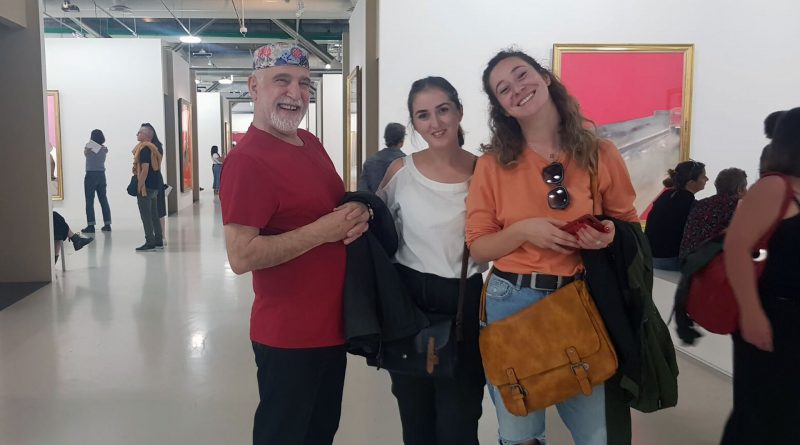 Mr. Curi, your career in Paris is well known to the fashion connoisseurs. Can you walk us quickly through your early years?

At an early age, I lost my father, so my mother wanted us children to learn some trade, that would enable us to contribute to the family budget. At the age of 13, under her suggestion, I began to learn the tailoring craft. I had the opportunity to learn from great masters such as Strahil Jakimovski – Cale, Blagoja Angelkovski, Tome Malinovski, etc.

Armed with my knowledge, when I was 21, I decided to travel to Paris. I quickly realized that I had a good technical base, but also so many new things to learn. After the unpleasant situation with spending my money and turning for help to the embassy of Yugoslavia, my tailoring skills were put to a test. I was introduced to a tailor that worked for a certain company, who gave me a piece of clothing for sewing. I finished the coat, people from the company wanted to meet the person who was behind the sewing part. The company was Hermes. I was offered a job, that way my professional Parisian adventure has started.

In my apartment, I set up a sewing machine and started to work. My first customers were the people from the staff, later they recommended me to their friends.

After only one year I opened my own company, under my name.

What are some of the other significant collaborations?

Work for Hermes has opened many other doors. Later I collaborated with Thierry Mugler, with Chanel, I helped Jean Paul Gaultier with his first collection, but one of the most important collaborations was the one with Azzedine Alaïa. I had a pleasure and a big honor to be the technical director at Alaïa and I consider him to be one of the greatest masters of fashion.

Mr. Curi, you were frequently quoted by some French media as a couturier to the stars. Who are some of the celebrities you worked with?

Some of my first customers were the big names of the French theatre. Later, I had a chance to work with Isabelle Adjani, Gérard Depardieu, Christophe Lambert, Sean Connery, Monica Bellucci, etc.

Apart from my atelier work, part of my professional portfolio consists of work on various costume and uniform productions, for different clients and occasions.

7 years ago you have opened the International Fashion Institute Izet Curi. What were the motives behind the decision to open the educational institution in Skopje and what is your vision in the field of fashion education?

Due to various reasons, people from our country and region didn’t have many opportunities to study fashion design locally. I have decided to open the fashion school honoring the memory of my mother and that of my professional teachers. At the very beginning I sensed the potential, hence the “international” part of its name. Apart from the regular students from our and neighboring countries, there is an increase of interest among students from some European countries and overseas.

The school is based on the French experience in this field but is also opened for constant improvement of the program with the knowledge that comes from different world fashion capitals. The teaching staff consists of well-trained and experienced specialists in various fields, both local and international.

Fashion education is one of the serious factors in the transition of the local industry from textile into fashion.

The success of a fashion school is based, among other things, on the professional development and realization of the students and their future careers.

This spring our fourth-year student Jehona Kastrati did an internship at Alaïa in Paris. Because of her acquired skills and work ethic, she was offered to remain in the company. Many more luxury fashion houses from Paris will be opened for collaborations in the future.

As a result of the constant growth of the quality of the courses, starting from the next academic year a new higher vocational school, with a degree program, will be offered on our market.