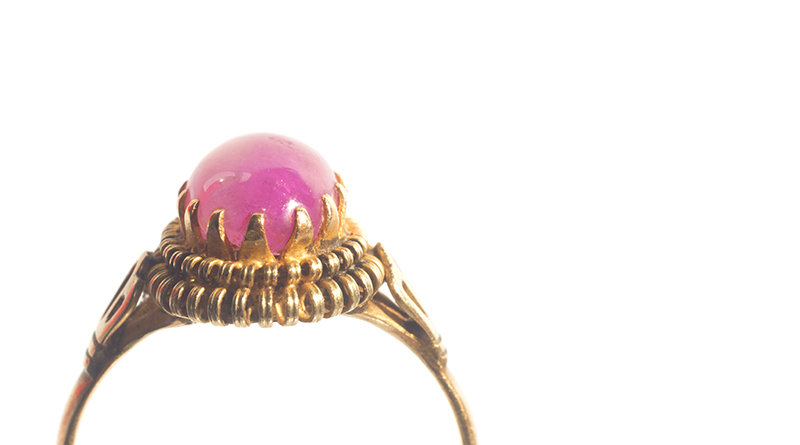 ”My grandfather was a farmer and managed to raise and educate eight children from the fertile soil of Strumica. Honestly, even today I do not know how he succeeded, although mine and his time are incomparable. But the advice he gave me, despite the scarcity of decades, is worth it for centuries to come!

I remember when he was old and no one was cultivating the land anymore, I asked him: Why don’t you sell it? The answer he gave me, then I did not understand … it probably took time. He said to me: “What is bought with altani (golden coins) is not for sale!”

Macedonia is not a country known for large deposits of precious metals. Until several years ago we did not know that precious stones even existed. Our only precious stone was the Ohrid pearl which was the result of a technological process. To leave Ohrid without a pearl was as if you had not been to Ohrid!

But, then, an artisan accidentally “discovered” the country’s unique gemstone – the Macedonian ruby.

The highest quality rubies in the world are compared in value to diamonds. It is also true that there are synthetic rubies on the market, which have excellent purity, great color, and are not expensive – the difference is in the price. But the Macedonian ruby ​​is made of natural stones, which have been created in the Earth’s crust for millions of years.

Technically, there is no sharp boundary between semi-precious and precious stones. All stones are precious if they are not pebbles from a river or a beach… which in turn are fragments of crumbling rocks. Fifty years ago, geologists with chemical analysis confirmed that around Prilep and the Prilep region there are sporadic deposits of aluminum oxide-corundum, from which the ruby ​​is obtained after processing.

Corundum is interesting. If corundum is red it is called ruby, if it is blue it is called sapphire. Otherwise, corundum is a sporadic phenomenon – they are a “mistake” in the process of the genesis of marble dolomites. It is also interesting that there are one or two such sites in Europe, which are not of such good quality – in the Swiss Alps and Norway.

The most famous rubies in the world are blood red. As a rare gemstone after processing, its price can be astronomical. Our ruby ​​belongs to the economy class of precious stones and its price ranges from 10 to 100 euros. After processing, it acquires a specific pink-purple color. Our ruby ​​has endemic characteristics and as such is found in London showcases where rubies from around the world are exhibited excavated at the most famous sites in Burma, Myanmar … Sri Lanka.

One of the most beautiful specimens of the Macedonian ruby ​​was embedded in the cross made for Pope Benedict XVI as a memorial from Macedonia.

For those who believe in the power of gemstones, ruby ​​has many qualities: it is a stone of vitality, fertility, strength – the stone that binds the whole energy system of man.

Therefore, my dear reader, it is very important whether you leave Macedonia with a stone imported from Malaysia or drink Macedonian wine, eat Macedonian tomatoes and buy Macedonian ruby.

And finally, I go back to the beginning of this story… to my grandfather. More and more the thought leads me to the fact that the altan (golden coin) is my country. But that is another story!”