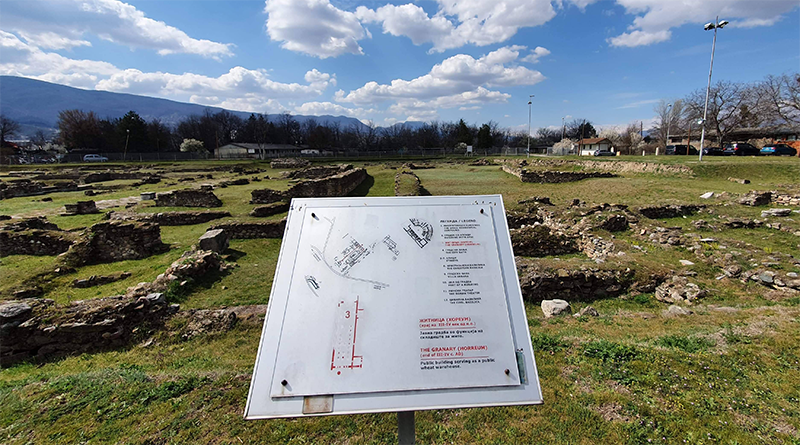 Video „Skupi”’, by Dr. Ivan Mikulcic (a longtime professor at the Department of Archeology at Faculty of Philosophy in Skopje)

Near Skopje, there is an archeological site that shows the early origins of the city, a remaining of a Roman military colony from the 1st century C.E. called Scupi. During the late antique period, it gradually became one of the biggest cities in the Balkans. It was a city with all the comforts of roman life: cobbled streets, water supply, and drainage system, large granary, public bath with floor heating, temples, house of the city council, etc. Perhaps the most important, and definitively the biggest structure was the roman theater.

While the city suffered many attacks over the centuries, it was the earthquake in 518 that put an end to the city. Many of the artifacts discovered by the archeologists, like the famous marble statue of Venera Pudica, can be seen in the Museum of City of Skopje which maintains the site.