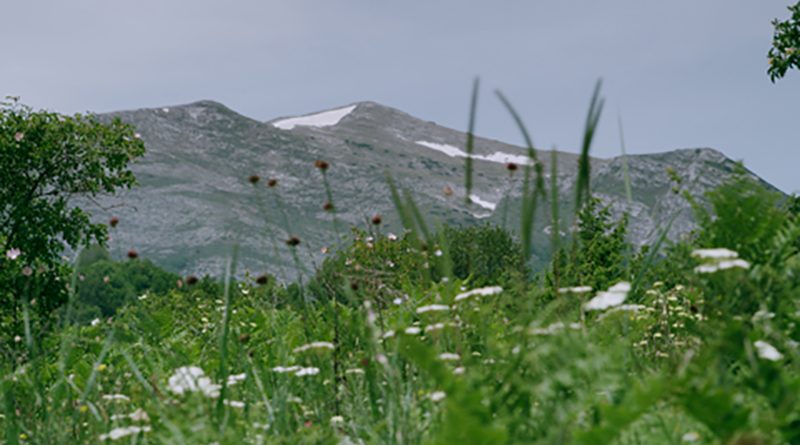 Have you ever heard of the village of Papradishte?

Nestled in the area “Azot”, on the western side of the Veles district at 1000 meters above sea level, where eagles nest under the mountain peak “Solunska glava”. Here is the upper part of the Babuna River, which flows through the slopes of Mount Jakupica. Diverse forests and rich pastures surround the village. This is the “Mijak Island” – village of Papradishte.

It is connected to the village of Bogomila by an 8 km long asphalt road. Papradishte and Oreshe are the only Mijak villages in the area of ​​Azot and the whole Veles region. The village is founded by people of Mijak origin originally from the villages – Tresonche, Lazaropole, Gary, Galichnik in Western Macedonia, fleeing the attacks of the Turkish and Albanian “Kachack” gangs.

Today the village can be reached in two ways. For those who do not intend to walk – they should get off the train at the station in Bogomila, where there is a taxi that can take them to the village. The hikers can get off the train at the station after “Bogomila” – “Oreshe” and take a walk for about two and a half hours.
Thanks to the mountain lodge, the village is alive all year round. It is also a resting point for those directed to the peaks “Cheples” and “Solunska Glava”.

Papradishte is beautiful all year round. You can pick wild blackberries, raspberries, blueberries, and mountain tea in the village. During the summer the village is full of young people. The houses are positioned amphitheatrically and have a view of the whole region.
Visitors must not miss the opportunity to visit Markov Kamen, where according to legend King Marko left a mark on a stone when he was walking. The trace is not very visible that it is from the foot, but the legend lives long.
The “Mijaks” moved to the village around 1770. Working in Veles as masters, they were far from their homes in Poreчи. They were offered to settle nearby, ie in the village of Zvezdanovo, where the conditions were similar to in Tresoche, where they came from. But this village was deserted, and the Mijaks were not welcomed by the local population of Brsjacko. Having no straw to cover the newly built homes, they started using ferns, which are abundant here. That is how the village got its present name Papradishte.

Papradishani brought with them the traditions from Galichnik, so St. Peter’s Day is Patron Saint Day. Hundreds of residents gather to see and talk to each other. Weddings – like „The Galichnik Wedding” is not the tradition here, only the Patron Saint Day is celebrated. All homes are open to welcome guests. The village is also known for the tasty potatoes cultivated in the area.

Papradishtani are proud of their cultural heritage and historical figures who have left an indelible mark in Macedonian history: the great builders of churches – Andreja Damjanov and Gjorgjija Dzongar, the founders of Macedonian painting and carving Dimitar Andonov Papradishki and Gjorgji Zografski.

The village church “St. Peter and Paul” is one of the most beautiful churches built in Macedonia during the 19th century.