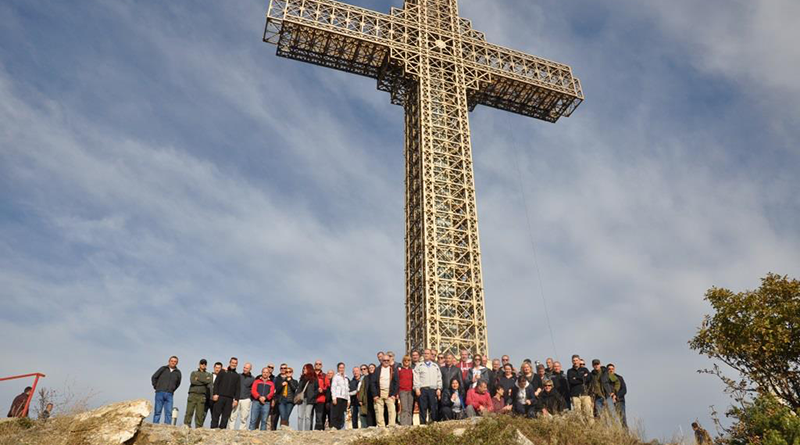 North Macedonia has the aspiration to become a NATO country for almost three decades since gaining its independence. It wasn’t the easiest road to walk, but we’re here now. What is your opinion on the North Macedonia NATO membership?

It is my opinion that, from the security point of view, countries like North Macedonia or Slovenia have to obtain their security within the Alliance. It is hard to imagine providing air, land, and, in some countries, even maritime security with exclusively your own national capabilities. If we add new domains like cyber and space, it is even harder. We all know the path towards NATO and I wouldn’t like to repeat facts. However, we have to mention the decisive step, which is the Prespa Agreement, being the move in the right direction towards Euro-Atlantic integrations.

What kind of experience was being the NATO Liaison Office Chief in North Macedonia, in the previous two years?

It is really something exceptional. I am aware that there were a lot of distinguished officers in the same position before me, but it is really extraordinary being in the position of Chief NLO Skopje during such a crucial moment for the country. Besides, it is really challenging for military personnel to act at a strategic political-military level. I can hardly imagine my work here without my previous experience from Slovenian Permanent Representation to NATO HQ in Brussels. I assumed my duty in Skopje on 1 October 2018, just a day after the referendum. During that time there was, at least until COVID restrictions, a lot of engagement with the political, military, and diplomatic officials. Our main task was to advise and assist institutions and officials to better organize their activities and tasks in line with the NATO policies, doctrines, and directives, as well as streamline their work toward adaptation of processes within NATO-like defense planning, force planning, standardization, crisis management, and many others.

If you could name a single event or memory since your appointment in North Macedonia, which one would it be and why?

It is hard to pick up one event only. There were so many important events which heavily influenced your path toward Euro-Atlantic integration. If I have to choose one then it would be the Parliament session on 11 February 2020, when the Parliament unanimously adopted the Law on Ratification of the North Atlantic Treaty, followed by a flag raising ceremony during which I handed over the NATO flag to the President of the Parliament, H.E. Talat Xhaferi.

How do you evaluate the cooperation between the NATO alliance and North Macedonia in the previous years, which eventually lead to our North Atlantic membership?

We can somehow separate cooperation within the partnership and as a NATO member state. The partnership period was quite long and since processes within partnership are similar, you’ve gained a lot already during this period. However, some areas are closed for the partner nations, some are slightly different, so all new member states have to adjust, and not only to learn, but also to implement everything in practice and to synchronize the national processes with the NATO ones. This is expected in the forthcoming period. Otherwise, cooperation between national institutions and NATO authorities in Brussels were excellent and our office served at least in the initial phase as a link between them to facilitate process.

From national and regional security point of view you are safer. To give only one example I would like to mention Air Policing, which is currently provided by your neighbor Greece. I do not believe that North Macedonia could provide sufficient air capabilities and protect sovereignty of your own air space, as the case is with many other similar NATO member states. Otherwise, North Macedonia becomes security provider, which means you are a stabilizing factor in the region. Also, you showed by example how to manage and solve disputes between neighboring countries and it could be a role model in the region. Additionally, North Macedonian authorities pledged for the reforms through the Program for continuation of reforms, and it is not only about security and intelligence sector reforms, but for different other areas, starting from the rule of law, media liberty, political and economic reforms, judiciary, combating corruption and organized crime, strengthening multi-ethnic society, building integrity and provision of greater accountability. All these reforms are beneficial on North Macedonia’s path toward EU, too. There will be some job opportunities, incentives for industry, for infrastructure development through the NATO Security Investment Program (NSIP), etc.

Can you share with us your vision for the Balkans in the next ten years from now?

I look sympathetic toward a better cooperation within the region, not only in the area of security, but economy, environment, infrastructure, green energy, and many other areas. We might not agree about all things within all areas, but we can definitely find higher level of minimum denomination in many areas within the region. This region has a great potential, we just have to use it. Disaster response and crisis management are areas where I already see improvements and better results. I personally appreciate step by step approach, without forcing anyone to step in without mutual benefits and consent of all entities involved. Other approach has never brought long-lasting solutions in the Balkans.

What is your view on the position of the youth in North Macedonia regarding its NATO membership? How do you see the Macedonian youth coping with its peers in the NATO countries? What are the challenges that lay ahead of them?

They are well prepared and informed about NATO. I was personally involved in an information campaign and had the opportunity to deliver some lectures at different levels and to a different audience. The work of the NGOs was crucial and we cooperated intensively with many of them. I see the biggest challenge, not only in North Macedonia but in the whole region, being able to provide good opportunities to the youngsters within the country, to prevent them from going abroad. It must be the first priority goal for every government. Look at it through the opportunities within national institutions, NATO structures, or through cooperation within the industry.

Would you please summarize for us your experience here in North Macedonia, from your first impressions when you came, getting to know the culture, to the present societal reality? How has your accommodation in the local context developed?

I believe I arrived in North Macedonia well prepared, equipped with the most relevant data, including current status within the Partnership.  However, I have to admit I did not know about geography, history, art to the extent I would like to. So, during the weekends me and my wife Darinka tried to explore the beauties of North Macedonia as much as possible, and you have something to show. Exploring North Macedonia from north to south and from east to west together with my wife helped us to familiarize ourselves with the country, its culture, history, and traditions. We are leaving with much better knowledge and understanding in all previously mentioned areas. I also have a lot of classmates still on active duty at different positions, which I managed to meet.

You are already in the process of the closing the NATO Liaison Office and very soon you are leaving form North Macedonia, which memories will you take back home about our culture, people, places? What is your favorite place in North Macedonia you have visited and for which you might come back to visit us in future?

It is true, we’ve successfully accomplished our mission and after one year of NATO membership there’s no need for further assistance and advisory role. I have to stress that North Macedonia has had a unique opportunity which most of other new NATO member states did not have. During my career, I’ve been living in many different countries and I found in each and every one reasons to enjoy. I can say that I see a lot of similarities between North Macedonia and Slovenia, in terms of nature, history, etc. Both me and my wife Darinka really enjoyed living for two and a half years in North Macedonia. Besides the colleagues I was working with, we’ve met a lot of people all around the country that we became friends with. Regarding the favorite place, it is hard to decide. I am sure that most of foreigners would answer Ohrid. However, for me, it is the village of Velestovo, right above Ohrid Lake. Once, while drinking coffee with my wife in Ohrid I noticed a village above the lake and I asked the waiter about it. He answered that it is just one old ordinary village, but we wanted to see it. When we arrived there we were so impressed with the view of the lake and the town of Ohrid, with a magnificent sunset, and since then we always overnight in the village of Velestovo and never in Ohrid. I call Velestovo “my village”. I also found your Christianity heritage most impressive. I could not imagine that there are so many monasteries from the early period of Christianity, and important Roman settlements along important communications and you should keep them well preserved. I will most certainly come back to North Macedonia, but next time as a tourist only.

How do you see the mission and activities of Dobredojde Macedonia Welcome Centre, what future role can it aspire to have?

Firstly, I would like to thank Dobredojde Macedonia Welcome Center and to you Emilija for everything you organized for us to feel better, to be really welcomed, to meet different people, to feel less formal and to enjoy our stay. I hope that NATO Liaison Office contributed to your efforts by co-organizing a Coffee morning event. Unfortunately, the COVID pandemic restricted us from continuing our cooperation in the same manner, but you really did a great job. If there is any need for my thoughts about future work I would say that there might be a need to adapt the social activities of Dobredojde Makedonia Welcome Center under COVID conditions and restrictions, though I hope we will overcome this situation soon. I wish you to stay in good health and a lot of success in your future endeavors. 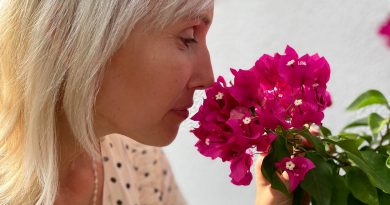 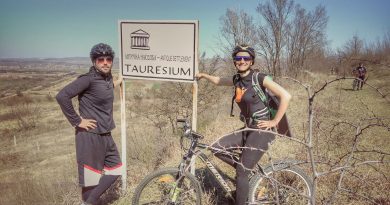 Biking tour: Taor – the birth place of Justinian I 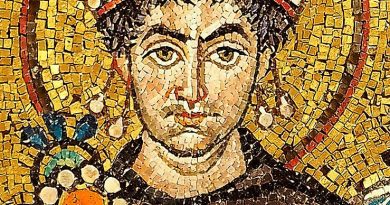 JUSTINIAN I – A Great Roman Emperor born near Skopje