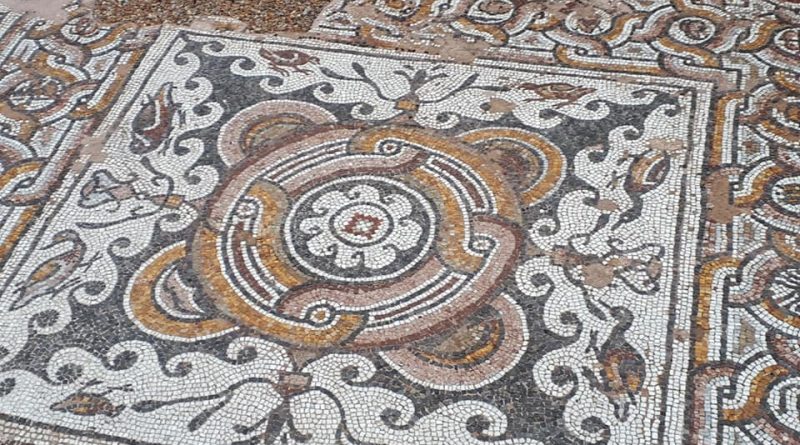 In the world we live in, we are constantly informed or we meet achievements in all spheres as a result of the daily struggle for progress in every respect. In that competition, countries primarily direct the overall energy to progress and prosperity of their community, but naturally, they want to expand or impose some of that progress in certain areas on many countries in the world.

In the attempt to influence and conquer new markets, there are various misunderstandings, manifestations, and showing a desire for supremacy, up to aggressive performances and actions that lead to violence and war. It is known that for centuries there was a communication between the states through their existing state diplomatic representatives of different diplomatic ranks. Their task is generally to work on promotion of the countries that have accredited them but often also to find solutions to some problems and misunderstandings to prevent a conflict. At such moments, military diplomacy works intensively. Economic diplomacy is also intensely involved because, in troubled regions, normal economic and financial communication is expected to cease, leading to strained relations. In describing such situations that lead to war, we are talking about the supremacy and activity of the so-called “hard power“.

It is cultural diplomacy, undoubtedly one of the modern diplomatic methods used in the international relations of states. The promotion of culture and cultural values ​​dates back for centuries, but, of course, as an integral part of the foreign policy of each country, it is recognised as cultural diplomacy, and it can be found in the last two centuries. Through numerous activities of diplomacy, this “soft power” grows into a very important tool in the daily communication of countries, especially since cultural diplomacy becomes an integral part of the foreign policy of each country. Relying on the power of culture with all its attributes, as a rule, every organised country strives to develop its relations with many countries, and especially to provide a suitable place not only in the international community but also in other countries in the region to which it belongs.

The perception of those basic values ​​through presentation and promotion of their own identity, embedded in art, music, literature, and of course, cultural heritage, makes a huge contribution to world art and science, with the opportunity to properly use those achievements through which new relationships and opportunities are established for networking with other international entities bilaterally and internationally. Starting from the need for proper channeling of this type of cultural traffic, the member states of the United Nations decided both in the Charter of 1945 and in the Universal Declaration of Human Rights, also adopted by the UN in 1948, to incorporate appropriate determinants in the cultural sphere.

Later, in the years that followed, more precise provisions related to culture were transferred to several documents that are an obligation or recommendation for the members of UNESCO, the Council of Europe, and the European Union, which also refer to several regional organizations that went ahead with the regulation of all important segments of culture, cultural creation and cooperation. In this way, although the use of culture for diplomatic purposes was in some ways previously present, it is a fact that this kind of codification of cultural diplomacy is acquiring a new meaning in the modern world of international relations.

But what is happening in our country and whether cultural diplomacy is recognized as a “soft power” is a question that deserves more space for a more detailed analysis of the past three decades of the independent and sovereign state. Some institutions that were known in the former SFR Yugoslavia, in the newly independent Republic of Macedonia from 1991 onwards were formed on a smaller scale and quality and supported with adequate budgetary financial support. The financial support had to be stronger and richer for years, both in terms of content and resources, to obtain quality, a realization of good projects in a large number of countries, etc.

Over time, the ”Heritage Foundation” ceased to exist, as was the case with very important events such as “Goce’s Days”, the Commission for Cultural Relations with Foreign Countries, SMCI for Culture, and other institutions. However, a large number of non-governmental organizations appeared on the cultural scene, which sought through several projects to break through both on the domestic cultural scene, and in cooperation with similar organizations, primarily from the Balkan region and the EU. Many NGOs have recognized a lot of space gained through cooperation with the newly established cultural centers of countries that are known for their traditional work in the field of culture or through forms known in cultural diplomacy. Thus were opened cultural centers in the United States, France, Russia, Germany, Poland, Bulgaria, and other countries working with reinforced cultural departments. They all offered a variety of forms of cooperation, especially with financial support.

In the past period, this organization led by Emilija Miladinova Avramcheva with great efforts made and tireless work constantly promotes Macedonian culture, and the natural, historical, and multicultural heritage of the Republic of Northern Macedonia. At the same time, this organization through various projects organizes events aimed at presenting and promoting international cultures in Skopje and other cities throughout the country as a very important contribution and encouragement of intercultural dialogue.

The DMWC seems to be a rare or unique angle where true intercultural dialogue takes place. This non-governmental organisation promoting our cultural heritage, history, and tradition in front of the international communities is truly a real subject in cultural diplomacy.