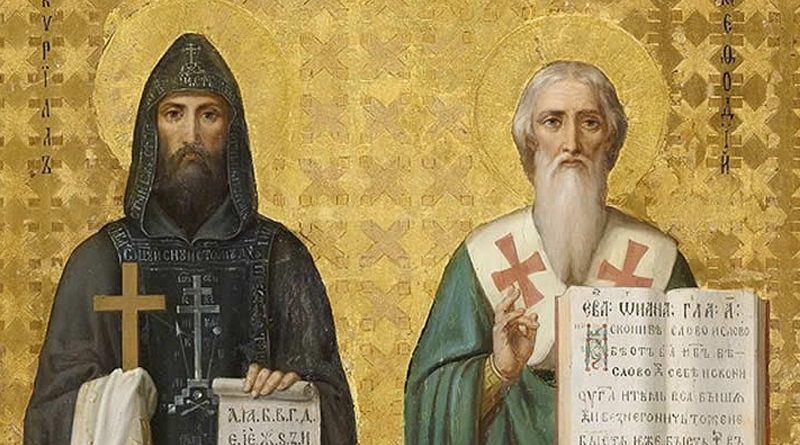 “Does the rain fall equally to all?
Does the sun shine equally to everybody?
Aren’t we all breathing the same air?
Aren’t you ashamed to claim only three languages
and to let all other people blind and deaf?”

The vast Slavic population throughout Europe and Asia, owes its alphabet and culture to the work of  the Thessaloniki brothers St. Cyril and Methodius, who invented the glagolic alphabet and spread literacy and Christianity among the Pagan Slavs. All the Slavic speaking countries (Macedonia, Bulgaria, Serbia, Russia, Chech Republic, Slovakia) celebrate tthe May 24th remembering the tremendous work of the saints. Saint Cyril’s remains are kept in a shrine-chapel within the Basilica di San Clemente in Rome, Italy. Each year, a high state delegation from Macedonia visits the Vatican and the Pope on this day. The Macedonian archibishop Stefan leads the liturgy devoted to the holy brothers. 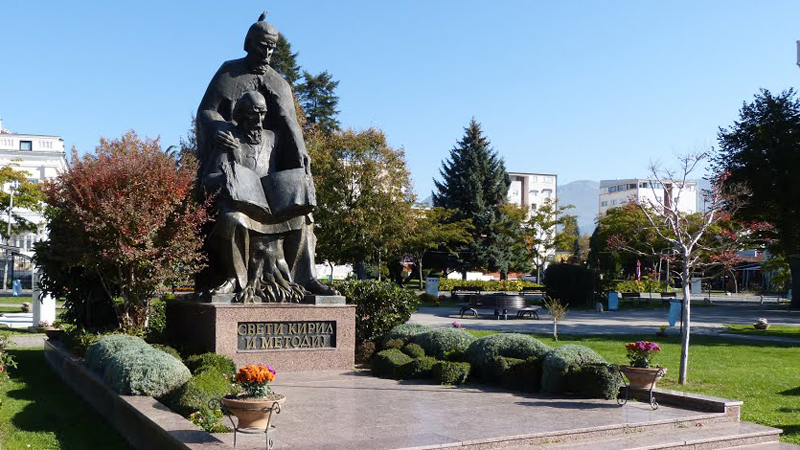 The most educated Byzantines and superior missionaries

In his early life, Cyril (whose laicist name was Constantin) had a brilliant course of studies and he was called Philosopher for his knowledge. His mastery in theology and the knowledge of Arabic and Hebrew lead him to two missions. Among the Arabs (Saracens) he discussed the principle of Holy Trinity with Arab theologians. In the Khazar Khaganate (near Sea of Azov) he penned fircly anti-Jewish polemics trying to convince the ruler to accept Christianity instead of Islam or Judism.

The most important mission occured when the Duke of Moravia (present-day Chech Republic) asked the Eastern Emperor Michael for political independence from the German rule and for ecclesiastical autonomy. Cyril and Methodius undertook the missionary task. The Emperor has no dillema to choose Cyril and Methodius saying « You two are from Thessaloniki and all Thessalonians speak pure Slavic ».

For the purpose of this mission, Cyril and Methodius devised the Glagolitic alphabet suited to match the specific features of the Slavic language. Than they translated the Gospels, the psalter, Paul’s letters and the liturgical books into Slavic, and composed a Slavic liturgy.

Their free use of the vernacular in preaching led to opposition from the German clergy. The bishop refused to consecrate Slavic bishops and priests, and Cyril was forced to appeal to Rome. On the visit to Rome, he and Methodius had the joy of seeing their new liturgy approved by Pope Adrian II. Cyril, long an invalid, died in Rome 50 days after taking the monastic habit.

Methodius continued the mission work for 16 more years. He was a papal legate for all the Slavic people, consecrated a bishop and then was given an ancient see. When much of their former territory was removed from their jurisdiction, the Bavarian bishops retaliated with a violent storm of accusations against Methodius.

Opposition continued after Methodius’ death, and the work of the brothers in Moravia was brought to an end and their disciples were scattered. But the expulsions had the beneficial effect of spreading the spiritual, liturgical and cultural work of the brothers to Bulgaria, Bohemia and southern Poland.

The alphabet has been traditionally attributed to Cyril. That fact has been confirmed explicitly by the papal letter Industriae tuae (880) approving the use of Old Church Slavic says that the alphabet was “invented by Constantine the Philosopher”.

The Cyrillic alphabet which we now use, is a simplification of the Glagolitic alphabet which more closely resembled the Greek alphabet. It has been attributed to Saint Clement of Ohrid, a disciple of St. Cyril and Methodius. 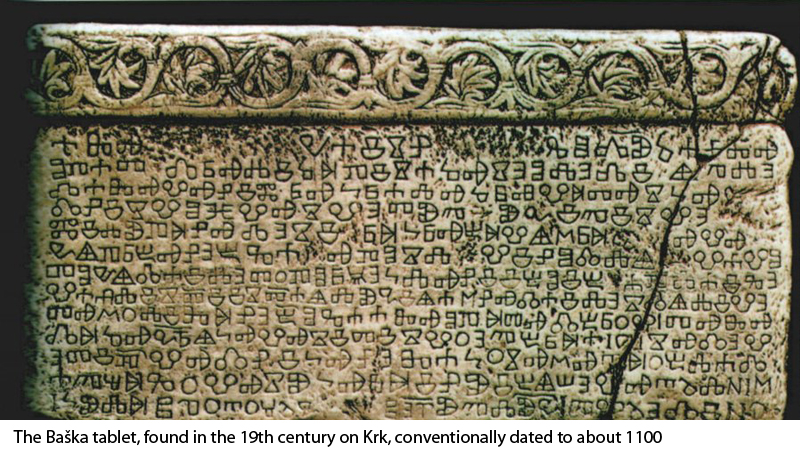 Today both Roman Catholic Church and Eastern Orthodox Churches celebrate Sts Cyril and Methodius’ feast day. According to old chronicles, the day of the holy brothers used to be celebrated ecclesiastically as early as XI Century.

The holy brothers are venerated in the Orthodox Church as saints with the title of “Equals to the Apostles”. In 1980, Pope John Paul II named them additional co-patrons of Europe (with Saint Benedict).

St Cyril Peak and St. Methodius Peak on Livingston Island in Antarctica are named after the two brothers.