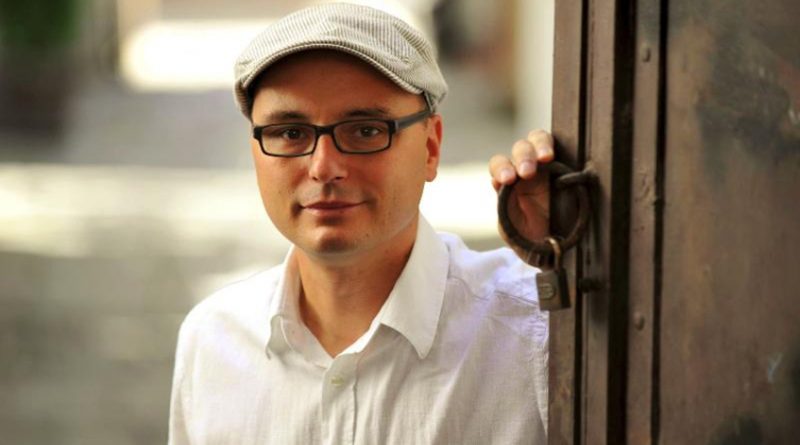 Vladimir Martinovski (1974) is poet, prose writer, literary critic, translator. He is an assistant professor at the General and Comparative Literature Department of the Blaže Koneski Faculty of Philology, Ss Cyril and Methodius University, Skopje. He received his bachelor and masters degrees at the Faculty of Philology, and his PhD at the University of the New Sorbonne – Paris III. He has authored the following books: From Image to Poem – Interference between Contemporary Macedonian Poetry and Fine Arts (a study, 2003), Maritime Moon (haiku and tanka, 2003), Hidden Poems
(haiku, 2005), And Water and Earth and Fire and Air (haiku, 2006), Comparative Triptychs (studies and essays, 2007), Les Musées imaginaires, or Imaginary Museums (a study, 2009), A Wave Echo (haibuns, 2009), Reading Images – Aspects of Ekphrastic Poetry (a study, 2009) and Quartets (poetry, 2010). He co-edited the books: Ut Pictura Poesis – Poetry in Dialogue with Other Arts, a Thematic Selection of Macedonian Poetry (with Nuhi Vinca, 2006), Metamorphoses and Metatexts (with Vesna Tomovska, 2008),

Als een vlinder een gedicht wordt, or When the Butterfly is transformed into Poem (with Lidija Kapushevska- Drakulevska, 2010) and Odysseys on Odyssey (with Vesna Tomovska, 2010).

He was awarded first prize at the Nova Makedonija Short Story Competition in 2009, and “Miladinov Brothers” Award in 2010. 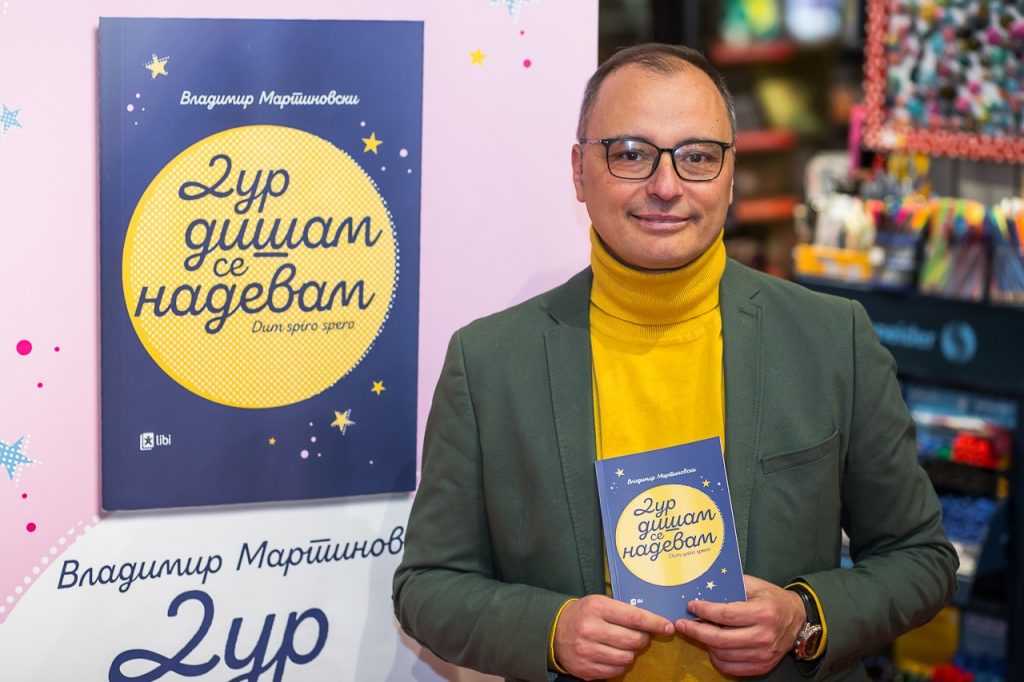 TRANSFORMATIONS
When you’re gone, I suddenly turn into a sunflower without the sun,
In a book without letters, home without doors, rain without drops,
A double bass with no strings, a tricycle without the front wheel,
A clock without hands, a verse without an ancient metric foot,
Into chocolate without the cocoa, a city with no boulevard,
A giraffe without a neck, an orchestra with no conductor,
A condor without feathers, a street without a footway,
Into a sculpture with neither a head nor a pedestal.
When you’re gone, I’m a nut without the kernel,
A bee without a drop of honey, or a selfish
Little cricket that’s misplaced its violin.
And when I’m with you, I’m merely
A man who conceals so readily
All the things he used to be.

REFLECTION
Our whole lives we’ve been taught
That light travels fastest
To convince us, we are told of the thunder
“First you see it and only then do you hear it”
The thunders I hear now in the choral pieces
Of Arvo Pärt make me reflect on this again:
I hear them first, and then I’m illuminated within
By this strong and gentle light

REQUIEM
We place freshly picked flowers.
We pour the best spirits buried in the ground
We whisper, barely to be heard, all the things that
we couldn’t dare tell them before out loud
Composers know well that they are the most loyal,
Numerous and attentive listeners
Only for them do they save the most poignant notes,
Intoxicating as the freshly picked flowers and
The best spirits buried in the ground.

PERFECT HEARING
I know that I can’t boast of perfect hearing,
That when I sing, its often out of tune
That when I play, I sometimes miss a beat
Yet, I also know, that when I hear Bach, the
rhythm of
My heart falls into tune with my thoughts,
And the compositions inside continue
To be played with absolute precision
As though being timed by a deft
Conductor with perfect hearing

The European experiences of carmina figurata, of Apollinaire’s Calligrammes, of the Futurist transreason verses, of the Surrealist Exquisite Corpse and the Dada ist experiments, as well as the ancient Japanese renga, haiku and other exemplars of Eastern verbo-voco-visualty all come together in Martinovs ki’s poetry in a spiritual and lucid, sensitive/sensible, deeply emotional, intimate and communicative symbiosis that merges into a specifically Macedonian equivalent of the universal poetic search for the unsuspected possibilities of intermedial interlacing.
Sonja Stojmenska-Elzeser

Kvarteti is a poetry collection, but at the same time also an album/a map of wonderful drawings in which the letter and the word as artistic elements are as powerful as the line and colour, nuanced by Vladimir Martinovski’s versatile talent and the incredible selective sense. The wealth of plasticity of the forms carved from words result from his sculptural talent and his experiences in moulding and sculpture. The knowledge of the secrets of drawing, moulding and composing are inextricably linked and included in his poetry. In his poetry music is visible.