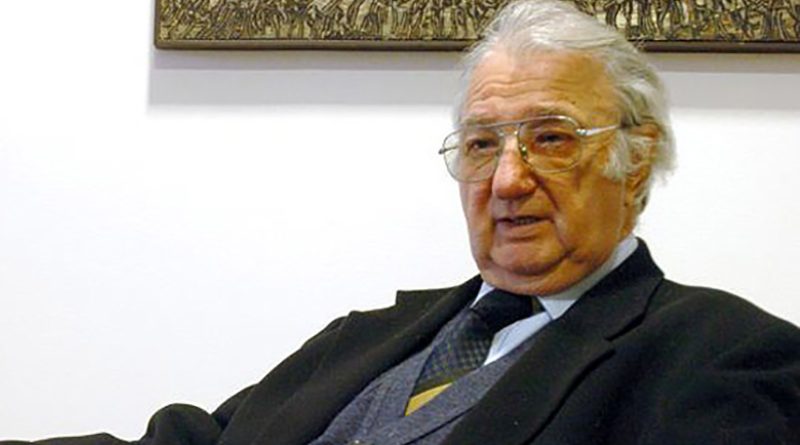 Mateja Matevski is a central figure in the second generation of Macedonian poet-in-tellectuals who came to maturity with their nation in the 1950s and shaped the main directions of its contemporary literature. The founding generation of Macedonian poets who came before them—that of Blaze Koneski and Aco Sopov—had fought the battles for modernism beside their Serbian colleagues and against the Zdanovite realists of the early socialist days. Now a second generation, university poets educated after the war, brought a new complexity, an informed literacy, and a heightened symbolic complexity to that literature. Poets such as Radovan Pavlovski shaped Macedonian
natural imagery to new surrealistic power; Gane Todorovski and Vlada Urosevic brought contemporary and urban subjects into the poetry, but it would be Bogomil Gjuzel and especially Matevski who would bring that poetry to a new formal and referential awareness, a sense of form, and a consciousness in composition perhaps ne-
cessary to gain for it the high regard that it now enjoys in the world. Cold February lying in your breast
is frozen like a spring howls like a dog biography Poet, literary and theatre critic, essayist, translator. Born 13th March 1929 in Istanbul. Graduated from the Faculty of Philology in Skopje. Worked as a journalist for the Macedonian Radio and Television, edi- tor of the cultural and literary programme, editor-in-chief and director of the Television as well as Director General of the Radio Television Skopje. He also held the function of President of the Commission for cultural relations abroad and was a member of the Presidency of Socialist Republic of Macedonia. Was an editor for the publishing house “Koco Racin”. Professor of History of World Drama and a professor at the Faculty of Dramatic Arts in Skopje. Was editor of the literary journals “Mlada literatura” and “Razgledi”. One-time president of the Macedonian Writers’ Association, president of the Council of the Struga Poetry Evenings Festival, “Racinovi sredbi” and Macedonian Literary Foundation. Member of the Macedonian Academy of Sciences and Arts, and honorary vicepresident of the Macedonian P.E.N. Centre. Member of the Macedonian Writers’ Association since 1956. Corresponding member of the North-American Academy in the Spanish language.). Holder of the French Legion of Honour, Arts and Literature. Thirty books of his poetry have been published in twenty foreign languages. He has published over fourty books of translations from Spanish, French, Slovenian, Russian, Albanian and Serbian.

The Lake
After many a year and many a dream
I again returned
to the lake
with the sweet waters
hidden in the hills’ loins
The sun’s diamond’s
still cutting it
Not a stone in its depths
nor grass to obscure its throat
under the waves
nor the bird with its prey
I’m only an eye the eye of the sun
that ruffles its ancient
waters
Oh leave me by this lake
leave me there
by the bitter lake
dead
The poplar
Green fountain-jet balanced in silence
sadly erect and peacefully upright
Children crumble
the nests of sounds
and yet it’s so hopelessly alone
Lean, support yourself, you innocent
on the wind’s shoulder
Don’t bend, rise up for one brief
glance
across that uneven
tall
waving meadow of houses
Then awake the gorge
from its red grasses:
they remember the soil
that gave you birth
Crimson. Crimson. Crimson.
Like a song carried off
into the blue sea
of mountains
the sunset
drowns…
From grass to shepherd’s pipe
from flock to cloud
all luxuriant
inflamed
From breasts to song
from step to fountain
all phenomenal
and pampered
A flock enamoured of the shepherd’s
pipe
a bell lost in a song
an eye crazed over a peony
Crimson. Crimson. Crimson.

Or are they already fired with inspiration

labouring over
new lines
Where are they where? I’m waiting
waiting
for them to flutter
over the book that’s lying
abandoned, but instead the wind
alone
in the dry leaves
is sighing
Her gentle hands are gone are
gone
The question’s ringing in the throat
hopelessly

Outside the answer’s snowing snowing

Translated from Macedonian
by Ewald Osers