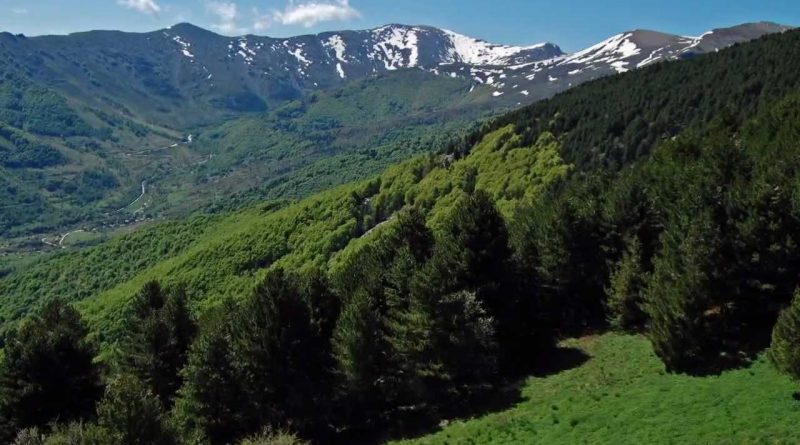 Pelister is one of the most beautiful mountains in North Macedonia. It rises as a crown over the second largest city of Bitola almost unnaturally connected with the wide Pelagonia Plain at the foot of the mountain. Pelister belongs to the mountain range of Baba. The whole range, although relatively compact, has 25 peaks rising above 2000 meters. The highest and the most impressive of them is Pelister with its 2601m. Not only its height, but also relief makes Pelister an Alpine mountain. It is covered with white snow and fog almost all the year, but during the late spring and summer time it is simply irresistible all recreational activities other than skiing. People from Bitola love Pelister which is full of trails, climbing routes, mountaineering paths and even mountain bike trails. For the bravest, those who would reach the peak, nature has given two jewels as a reward. 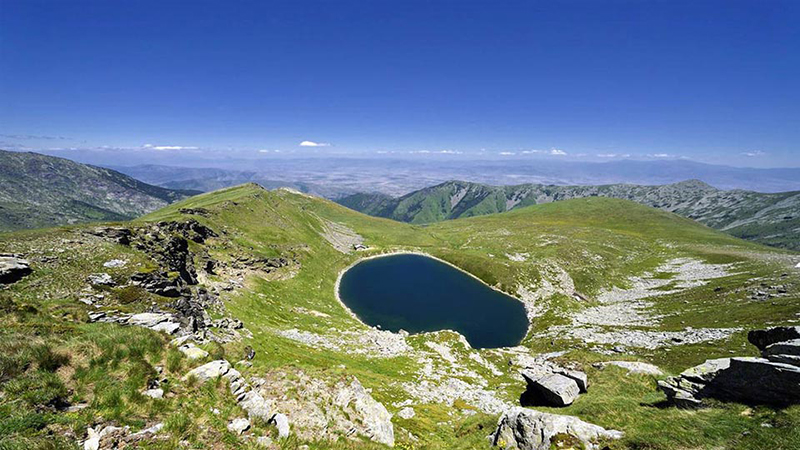 These are the famous “Eyes of Pelister”, the two glacial lakes, Big and Small. They have the same width of 162 metres, but the Big Lake is three times longer with its 233 m. It is 14,5 metres deep, while Small is only 2,6 m deep. Big lies at the altitude of 2, 218 m while Small is situated 100 meters lower. There is a mountain hut with 50 beds which makes it an attractive place for staying for a longer time and enjoying the sporting and recreational activities at the summit. Forest rich in the endemic five-needle pines called molika, rocky valleys, countless springs and incredible wild life with bears, rabbits, bears and deer attract many tourists. One of the most crowded events is the May Memorial March devoted to Dimitar Ilievski-Murato, the best mountain climber of North Macedonia, who was the first Macedonian to climb Mount Everest, the “top of the world”, in May 1989 but unfortunately died on his way down. 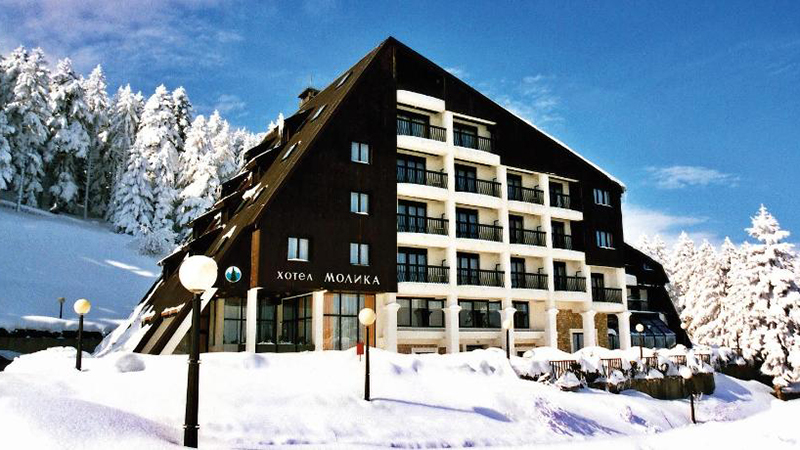 Around the beautiful Molika Hotel located at 1400 meters there are a few picturesque mountain bike trails. The easiest one goes to the village of Malovishta and suits admirers of rural architecture, old churches and monasteries. The longest track of 48 kilometres for strong and experienced bikers goes from the hotel to the lakes and then to Nize Pole village. There are two extreme tracks. One goes uphill through high peaks. The other one goes downhill with extreme furious letdown, bumps and jumps and fast curves. It demands a lot of skills as the adrenaline runs high at soaring speed.

There are two hiking trails: the rocky trail and the cultural heritage trail. The rocky trail has a high educational value. It leads the visitors through very attractive scenery letting them enjoy the natural beauty and view rare and endemic floral species. It goes through dense molika pine forests and past stone blocks in a variety of shapes offering breathtaking views. After climbing the rocky summits, the trail continuous through high mountain pasture areas covered with grass and ends at the two lakes. 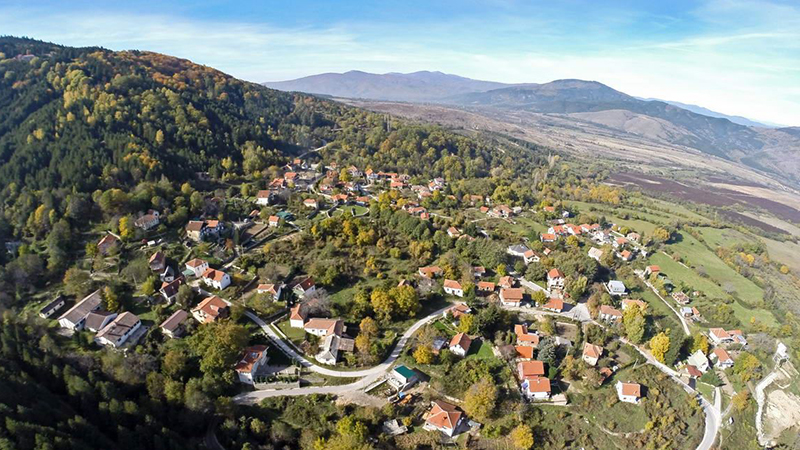 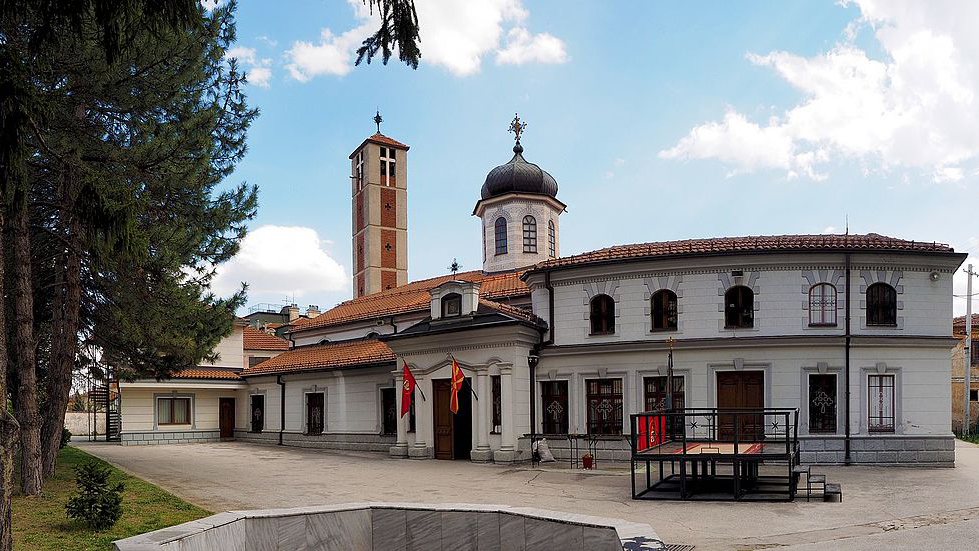 On their way to Capari, visitors pass through Rotino, where they can see St. Nicholas’s Church and St. Elijah’s Monastery standing at 1,070 metres above sea level. The first part of this mountain trail ends in the village of Capari and brings the hiker to St. Petka’s Monastery and St. George’s Church. The monastery was built in the 16th century while the existing monastic church dates back to the 19th century. The church’s frescoes date back to 1890 and are the work of Josif Radevik from the village of Lazaropole near Debar. The second part of the trail takes the visitor to the village of Maloviste and its surroundings.  At 1,410 metres above sea level, 2.5 kilometres southeast of the village of Maloviste, in the midst of an oak forest, the Monastery of St. Anna stands high among the tall trees. Visitors can refresh themselves at the monastery’s great fountain that generously spouts clean and fresh mountain water. The next sight that this footpath leads to is the cathedral dedicated to St. Petka, protector of the dead. It was erected in 1856 upon the foundations of another church which is believed to date back to the 16th or 17th century. Its interior is dominated by the 100 m2 deep relief carved wooden iconostasis of 1892 made by master craftsman Dimitrij. High on Mount Baba, beneath the Pyramid Peak, at 2,000 m above sea level, stands the church of the Holy Saviour dedicated to Christ’s Resurrection. The peak with the small belfry offers a grand view of Lake Prespa.