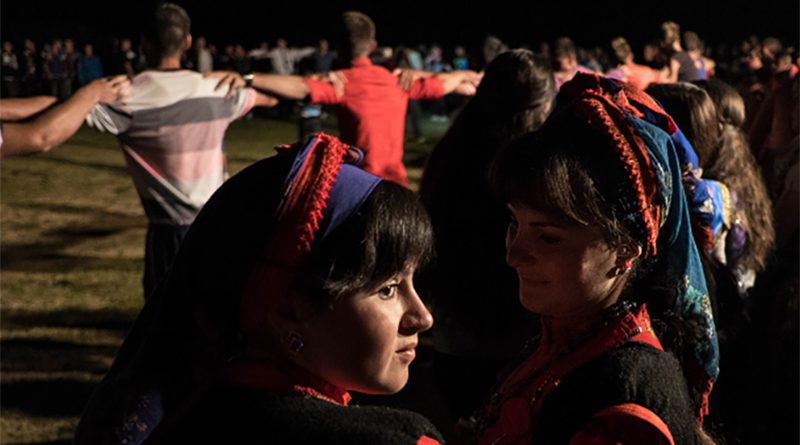 The Municipality of Karbinci is situated in the eastern part of Macedonia. The biggest part of the municipality lies in the valley of the river Bregalnica, which is fertile and populated, the other part from the municipality is lift up in the mountain Plackovica. The municipality is rarely populated, particularly the villages. The main population of this municipality is Macedonians but there live also Turkish population known as Yuruci. They live mainly in the mountain Plackovica in the villages Prnalija, Odzalija, Junuzlija, Kalauzlija, Muratlija, Kepekcelija, Kurfalija. They were first noted in this region by the end of the 14th century. Their gradual immigration went on during 15th century, it intensified by the first half of the 16 th century and concluded by the end of the 16 th century. 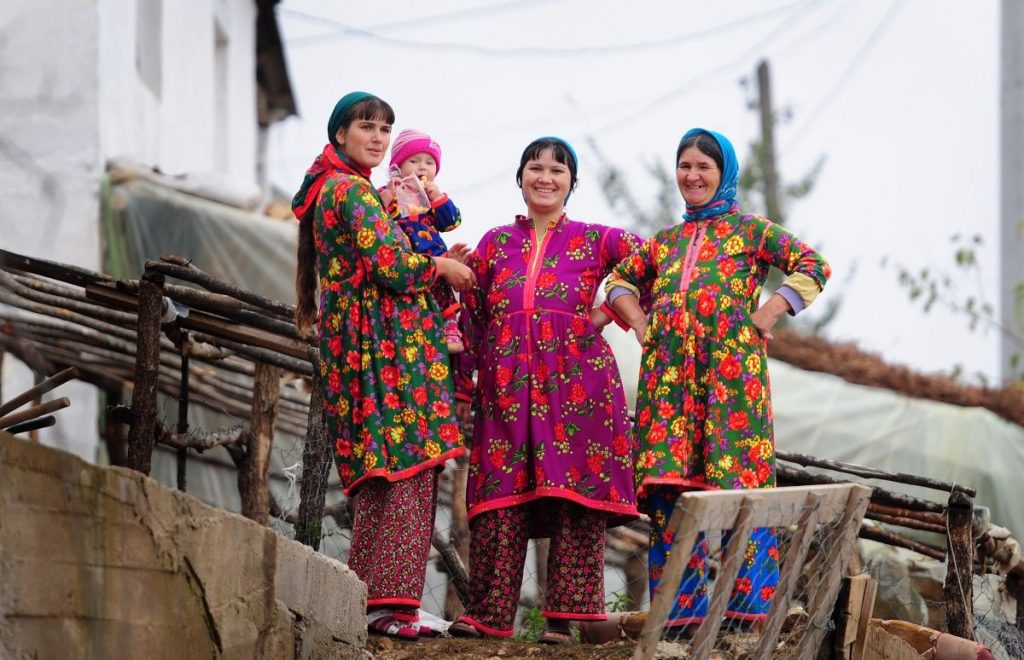 In the historic sources the Yuruks are referred to as nomadic tribes of Turkmen origin who had emigrated from the steppes of Central Asia to Anatolia, and from there in several waves settled the eastern part of the Balkans. The migration of the Yuruks was probably the most successful colonizing strategy of the Ottoman authorities in the Balkans. The reasons for their settling in the Balkans were of a social- economic and military – strategic character. The favorite climate and the rich grazing pastures were the crucial motive for the Yuruks to settle the mentioned villages. 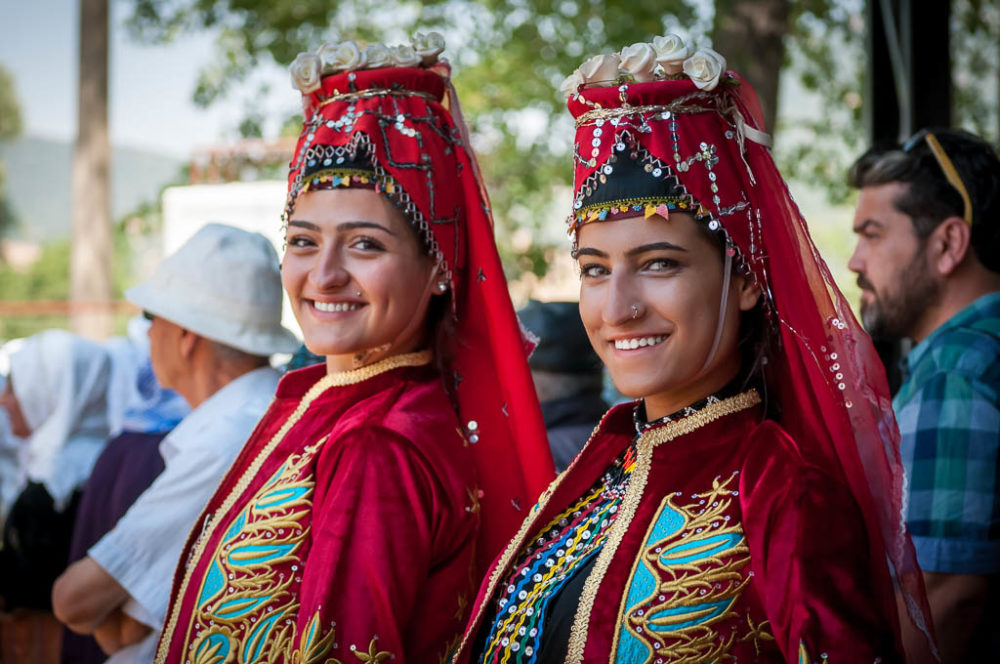 The villages where they live are smaller settlements, but they have at their disposition larger areas of cultivable soil and pastures. The rural ambience in these villages is concentrated agglomerate of old houses with archaic architecture. The houses are very simple buildings with ground flour (used as cellar and for keeping livestock) and a story with a balcony (positioned centrally or laterally with the rooms arranged around it). The houses are made from stone and wood, usually covered with flat stones, while the newer ones are topped with tiles. Since recently people have started building new houses, still conforming to the model rules, but they nevertheless gradually disturb the archaic authenticity of these rural settlements. The terrain surrounding the villages is a clearing of cultivated soil and pastures. The only afforested area is the village graveyard, located higher in the hills, planted with old oak trees that are respected and preserved because their cutting is believed to bring misfortune. 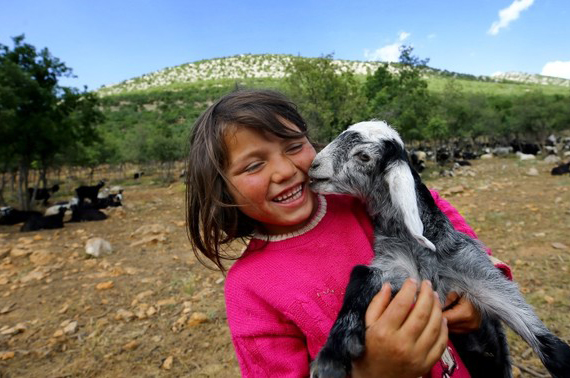 The basic occupation in these Yuruk villages used to be farming. Today farming, that is, sheep breeding is reduced to a minimum. The present situation with regard to sheep breeding forces the men from these Yuruk villages to go to work elsewhere, to the Stip and Strumica region. One of the basic occupations of the men from these villages is cutting and selling fuel wood. Agriculture has become the basic occupation of the Yoruk living in the mountains, contrary to past customs. The cultivated soil is chiefly planted with tobacco, and rarely with wheat. One of the key external factors in the isolation of this traditional community is the great delay in providing the basics of modern live. The motorbikes are in massive use by the male population. TV sets are still scarce, and if there any, they receive mainly the satellite programs in Turkish (the female population, almost without exceptions speaks only Turkish).

The traditional ways of this relatively isolated population are in obvious contrast with the existence of some contemporary means of communication (especially the cell phones) and certain types of behavior of the male population (referring especially to those who work outside the community). 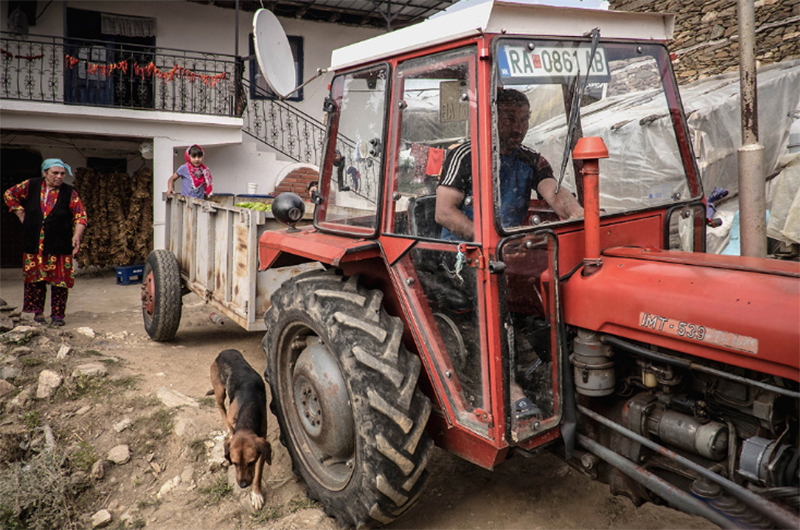 The contradiction between the traditional and the contemporary way of life is reflected in the contrast between the male and female Yuruk population (the woman with their colorful and archaic traditional gowns, yet without the possibility of communication, mostly due to the language barrier, and the man who have already adopted the modern way of behavior and dressing). Except rarely, at a certain age and on special occasion, for example, the oldest men wear a scarf wrapped around the hat in a turban, while the grooms and some of the children at weddings or holidays wear embroidered shirts ), the traditional dress of the Yuruks today is shown only by the female population of all ages.

They have only elementary school in Turkish in the villages only the first fourth grades. The female population who continue the education after the fourth grade is very small and this contributed for isolation of the female population. The present language of the Yuruks is a conserved, archaic Turkish language, a specific Turkish dialect that has endured thanks to the considerable isolation of this population and the minimal external influences. The most significant traditional holidays with the Yuruks, as with the other Muslim population, are Seker Bairam, Kurban Bairam and H’derlez. 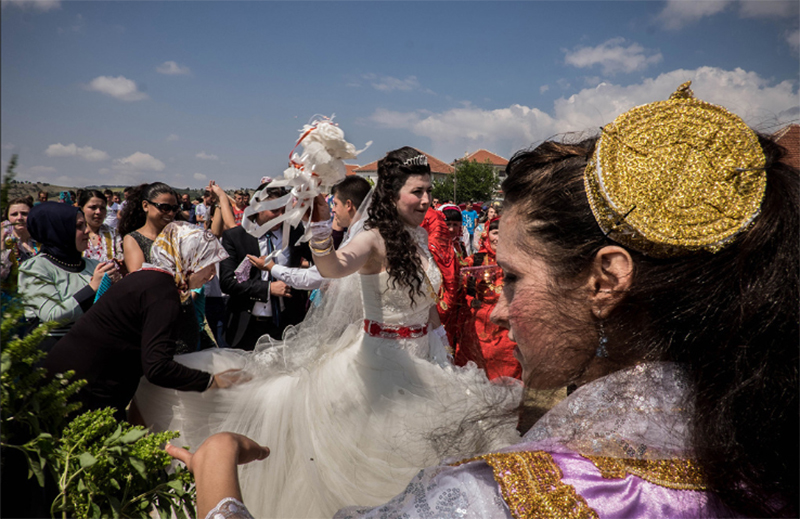 On the first day of Bairam the man go to a morning prayer at the mosque. Younger women show their compliments for the holidays to their mothers or mothers in law by offering them sweets. Sweets are also offered to the neighbors. According to the old tradition, on Bairam or on wedding the Yuruks organize “ pelivan “ contests, stone throwing “ tastimak “ contest and horse or donkey races.

The Yuruks community has preserved many traditional customs. The most interesting are those referring to marriage and the wedding customs, and the costumes related to Adak, practiced on different occasions (for fulfilling a wish for having a baby boy or a baby girl, for the health of a child, etc). The wedding customs are, certainly, the most impressive. The wedding invitation is made separate for the man – they are invited to dinner by a representative, chosen by the host for a small monetary compensation, and separate for the woman – they are invited to see the bride or to a “henna evening “– for a little girl by a woman who gets in return an eggs from each invited house and a symbolic composition from the hostess. The bride is taken to the groom’s house 2 or 3 days earlier, which is followed by a dinner from the closest relatives. This is happening mainly on Wednesdays. The most important ritual – dying the bride’s hands and feet with henna washing and the removing of the hand and feet wraps is performed at the village fountain. Then follow the ritual jumping over three heaps of burning hay, performed by the bride and by the relatives of the groom. The first dance – “ oro “ is started by the mother in law who burns the henna – stained clothes. The dance is still divided into men’s and women’s. After the washing ritual, the wedding party continues in the house of the groom. The wedding in this community still exist as an important collective event that contributes to maintaining social life and integrating the community. The gold the bride receives remains in the possession and in case of divorce she takes it with her. The wedding procedure also includes an agreement of giving money and gold breast coins, golden bracelets, rings and other jewelry for the bride. This is a kind of buying the bride and it is agreed in advance between the families, only in the case the father of the bride takes money. 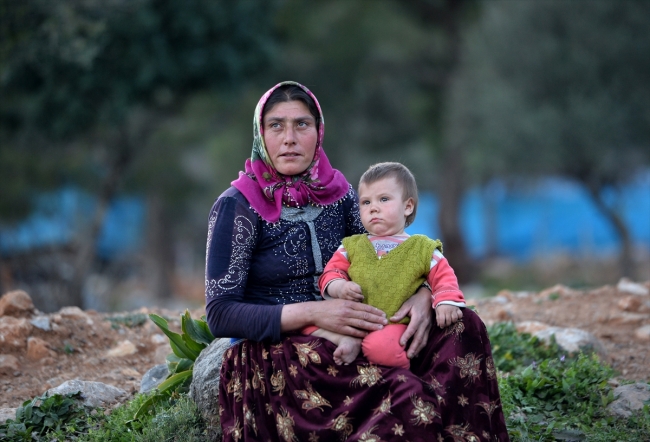 One of the typical customs is the so called Third Evening, and it refers to giving a name to the newborn on its third evening. The traditional customs, the folkloric specifics and the language particularities managed to preserve the awareness of the Yuruk community of their ethnic and cultural particularity.