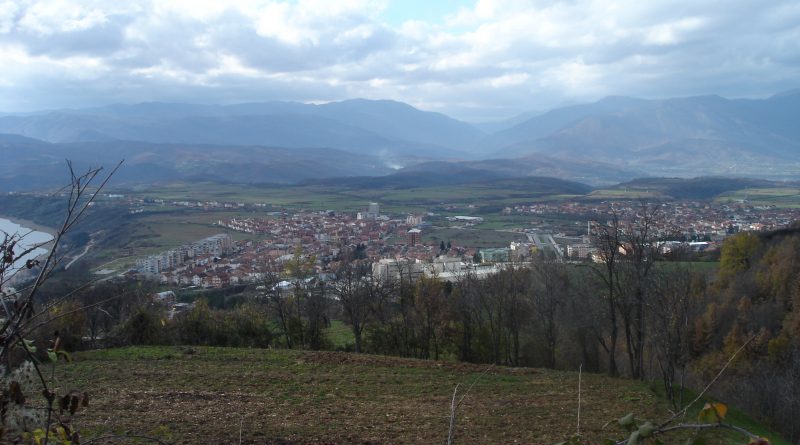 Debar is a town with rich history and magnificent nature. Yet, as it lies in the western most part of the country on the border with Albania, and on the longer route from Skopje to Ohrid and Struga, it is not a regular destination for travellers. But the case of Debar proves that the shorter way is not always the best. The longer road to Ohrid,passes by two extraordinary artificial lakes, Mavrovo and Debar. It follows the river Radika and then the valley of the river Crni Drim. It passes such greatworks of old masters as the Monastery-above-Stones (St. John the Baptist), the city Hammam, and Rajcica Monastery. In Debar the tourists can also visit the houses of Erebara and Sela families
famous fortheirwooden ceilings. Thethermal pools inKosovrasti andBanjiste are another local attraction, not to mention the splendid view towards the mountain peaks. 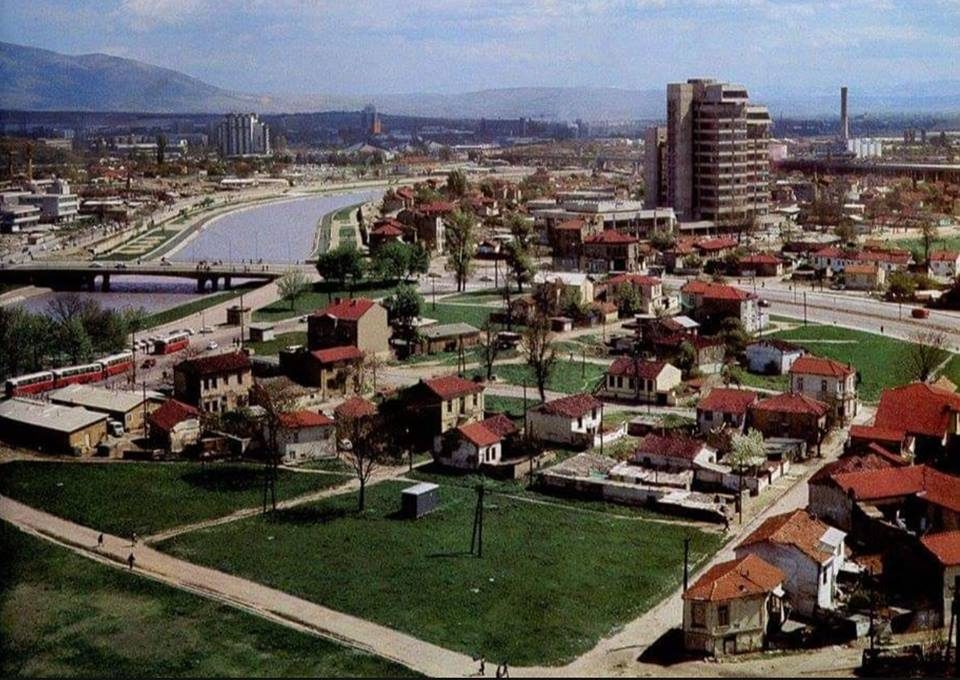 After the Ottoman conquest of the whole area, during the 16th century, Debar experienced a rapid development because several important caravan roads leading from Albania towards Struga, Ohrid, Bitola and Kicevo passed through it. Its geographical position, already recognized in the previous centuries, made Debar an administrative, military and trade centre for the wider region. In the year 1521, the firman (decree) of Suleiman the Magnificent, represented Debar as a significant settlement that was the seat of the qadi (judge). This small city once known as Big Debar has a unique Ottoman heritage. But despite its importance as an Ottoman centre, it has preserved religious and ethnic variety, some of its heritagecommemorating the big fighters against the Ottomans, who had earned the respect of their enemies. Among its Islamic heritage, Debar has seven mosques, which os atypical for a settlement its size. The oldestmosque dates backto the 14th century,while the newest Clock Tower Mosque located in the centre of the city was dedicated to 100th anniversary of Albanian independence celebrated just five years ago. This important date was represented by the one hundred windows built with stones.

According to the inscription above the entrance to the mosque written in an irregular sulus script in five lines, the mosque was built in H.872/M.1467-68. But the inscription also states the year in which it was extensively rebuilt (H.1357/M.1941), which is probably an error, since the year H.1357 corresponds to M.193839). The Hunkar Mosque is the endowment of Fatih Sultan Mehmed Khan (1451-1481). He was the greatConqueror of Constantinople in 1453. He and his father tried hard to defeat Skanderbeg, the ruler of Debar and the area, but actually never won a battle in the 25 years of Skanderbeg’s rule. Mehmed succeeded only after the death of Skanderbeg, and the Hunkar Mosque marks this conquest of the great ruler and warrior.

It stands in a spacious courtyard with a large number of old graves with richly decorated gravestones. It has a rectangular floor plan and is covered with a hip roof. Thesurviving original part of the mosque is the prayer hall, where the old walls and window frames have preserved their original form and position. Mihrab, a niche with a modest stalactite decoration were part of the original interior, while the minbar (pulpit) and the mahvil (gallery) were added later. The wooden ceiling was probably restored during the reconstruction. The porch on the north-western side was added during the restoration of the mosque in the period that followed. Research has shown that the porch supported by ten cylindrical columns was probably closed up during the reconstruction before World War II, i.e. nine window openings were placed between the columns and the entire porch was covered with the mosque’s roof. The slender minaret on the south-western side of the mosque that stands on a square base dominates with its
height and emphasizes the vertical outline of the mosque. Its shaft is polygonal, while the stalactite decoration continues onto the şerefe (balcony of theminaret). Although modest in terms in its architectural features and decorative elements, this mosque is an expression of the local building style of the second half of the 15th century characterized by purity and precision of forms. 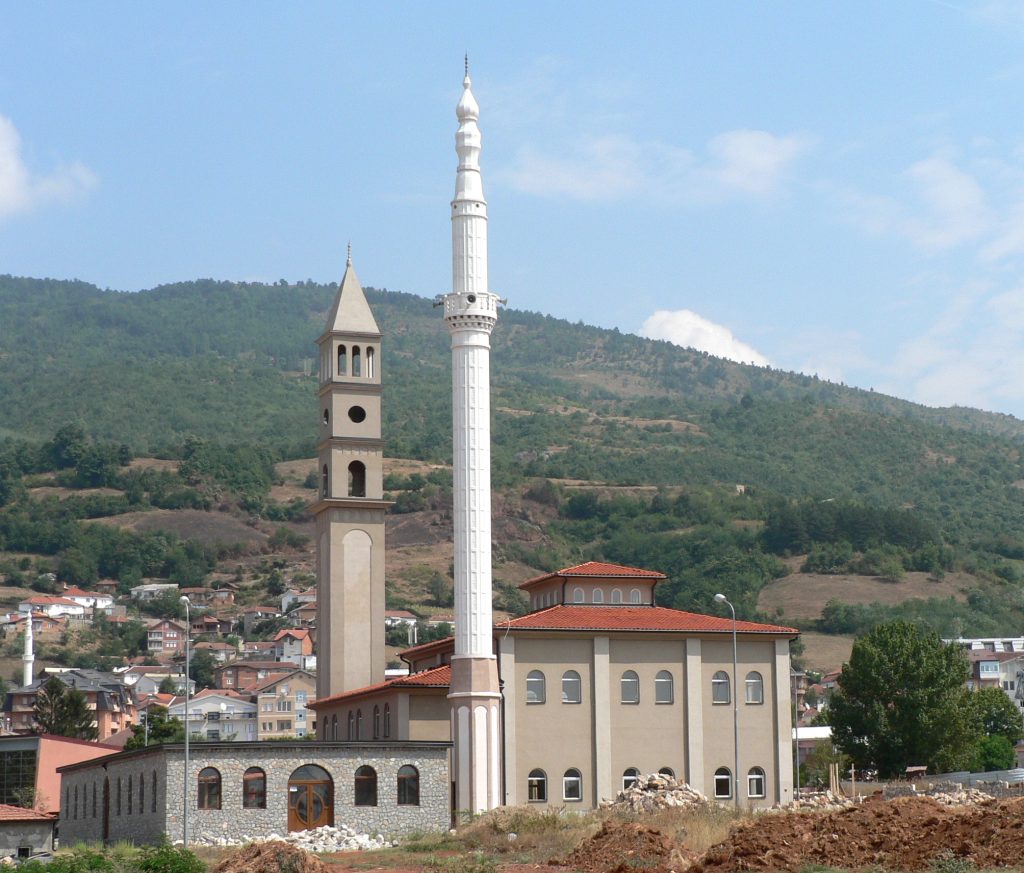 The courtyard of the mosque is also the site of the tűrbe (mausoleum) of Şaban Baba. It is an open octagonal tűrbe. The polygonal columns that form it are spanned with vaulted arches. It was built of fine-chiselled rectangular stone blocks, which testifies to the importance of the persons buried there. Thetűrbehas two graves. The inscription on one of them states that it is the grave of Şaban Baba, but there is no reference to the year of its building. However, on the basis of its stylistic features, it can be assumed with a high degree of certainty that it was built in the late 18th or early 19th centuries, the time of the building of the tűrbe of Kaplan Pasha in Tirana (Albania), which possesses the same stylistic and architectural characteristics. The presence of the tűrbe and the building technique used in the construction of the minaret are indicative of the possible presence of an earlier cult structure on this site.
(The description of the Hunkar Mosque is based on research by the art historian Zoran Pavlov)