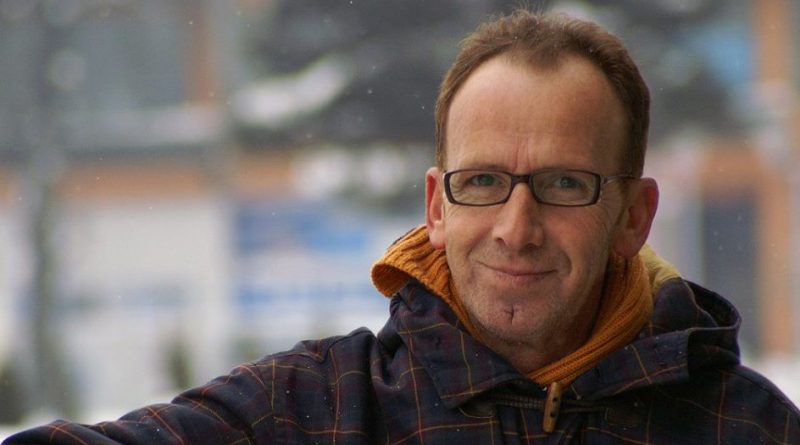 Lulëzim Haziri is a poet and journalist. He was born in 1962 in Reçan, Gostivar. He studied at the Technical University innPrishtina, Kosovo, while his first poems were published in the magazines “Zëriirinisë”, “Bota e re”, “Fjala”, “Rilindja”, etc. In 1989 the publishing house Rilindjapublished his first poetry collection “Këngalindnëvetmi” (“A song born in solitude”). With this collection the poet brought to the Albanian literature poetry with a social sensibility. With the further poetry collections“Kur dyerthapen me zile” (“When doors open by ringing”) (1995), “Daljanga safari” (2005) (“Exiting safari”) and “Vetmi e varursinumërnëportë” (2015) (“Loneliness hanging like a door number”) he continued to enforce a poetic discourse of everyday urban life full of worry, dilemmaand distress. 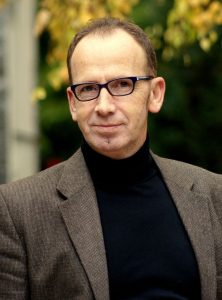 LulëzimHazirihas also expanded into writing short stories, essays and commentary, especially on the rock history and wider culture. Some of these writings are included in his booksof non-fiction “Rokenrollishqiptar!” (2000) (Albanian rock’n’roll”) and “Bardhë e zi” (2010) (“Black and white”). He lives is Gostivar and works as a human
rights activist.

Unlike many other poets, Lulëzim Hazirididn’t take poetry as a pamphlet written with random reference… He doesn’t pretend to change this world, but with his art makes it more beautiful. Hazirigets inspiration from the ugly, about which he writes beautifully. His poetry often looks like prose, but you can find a lot of things there. Ordinary things get a new life in his poetry.
SalajdinSalihu

It stands aside in the savannah amidst the
noise of its own kin It burrows the dry land
the barrenfield
with the tip of its horn
It painfully dig sin to the earth like
a possessed archaeologist whose
dreamrestsin his fingers in his arms
digging deep
It digs…
It burrows… It delves…
In droughtin deathin barrenness
It lazily raises its head
Lookinga t the clouds whispering
memories Dreaming of monotonous
summer rain Whichit would first feel
Like tears or sweat
Rather than raind ropson its thick skin
Moving slowly across the savannah Far
from the noise of his kin
All the way to the rainbow, to the river to
drink

Fed up with the nocturne written at midday
I wokeup with the first sunshine
Together with the cockcrow of selfpraise
I opened my eyes and looked through
the window
The fluorescent lightsp read out it sarms
All the way to infinity
The traffic lights winked
The city buses hurried heedlessly
The passers-by carried their severed
heads Their hands searching pockets full
of illusions Newspapers sticking out of
the irrims
As the most efficient cure for the lack of
communication
In this age of eclipses
When the nocturnesare written at midday
The sunhangs at the zenith Marking
the end of the market day When with
darkglasses on my nose I set outsearch
of the singing cocks.

The sculptors were not bothered by their
real appearances but the bronze men
were handsom eany way
the leaves above them were made
anxious aswere the freezing lovers
beneath them by their bronzesilence
But the stagecurtain lifts up
and those handsome mena reremoved
on tractors their eyes of metal looking
broken
while watching the streetsand the squares
saddened by the betrayal, the lies, plots
and hatred
The neglected bustsare most attractive
when a pigeon or crowdropssomeshit on
their regular nose and when
the garbage collectorspayno attention to it
Even myself feel off end ed when wipingit
off
An old man comes along the all eyand
wave shisstick
at the nose of abust,saying: “Thisthief
stole two of my cows!”