In the municipalities of Kratovo and Negotino the mosaic was implemented in cooperation with gifted mosaic artists, students, citizens, and art lovers who warmly supported this project that left a permanent mark of arts and crafts in their home towns. 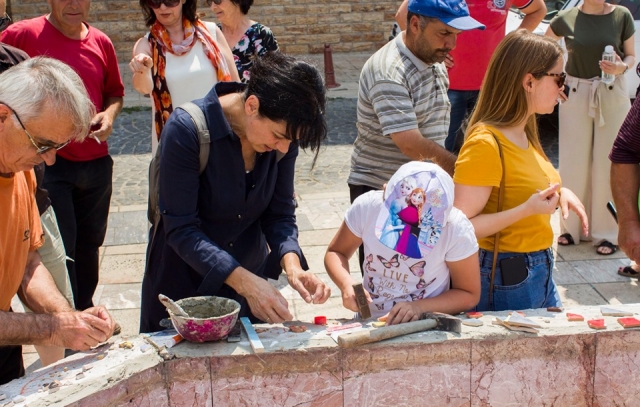 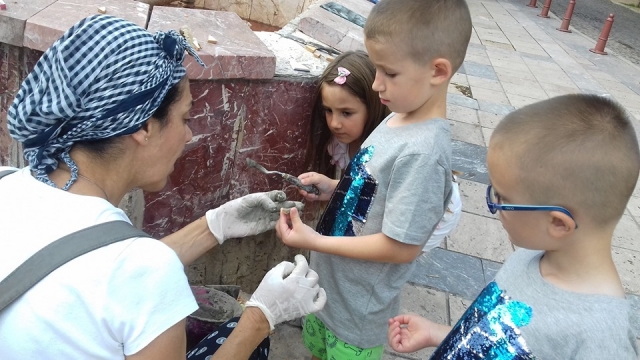 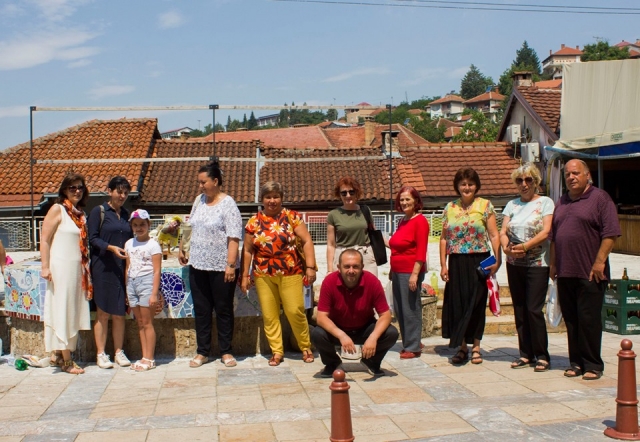 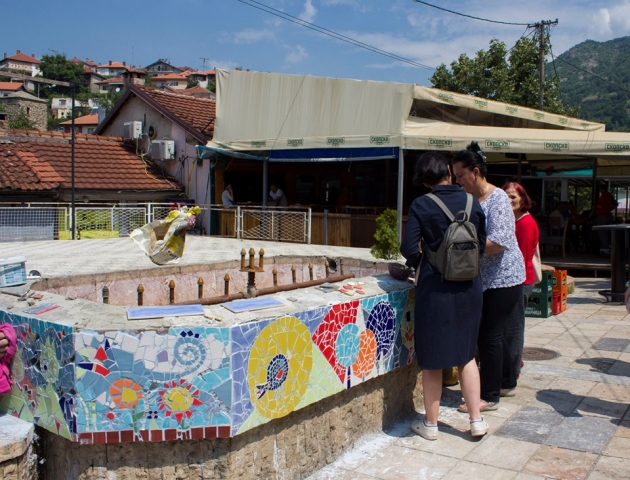 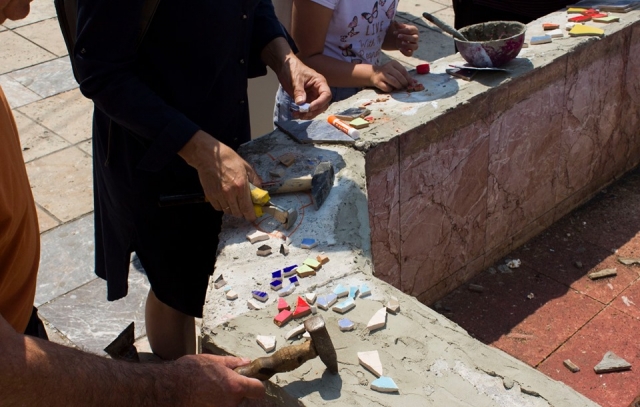 Mosaics: Jasmina Bosevska and Zoran Velkovski in cooperation with the children and citizens of Kratovo
Location: Fountain in the center of Kratovo, June 28, 2019 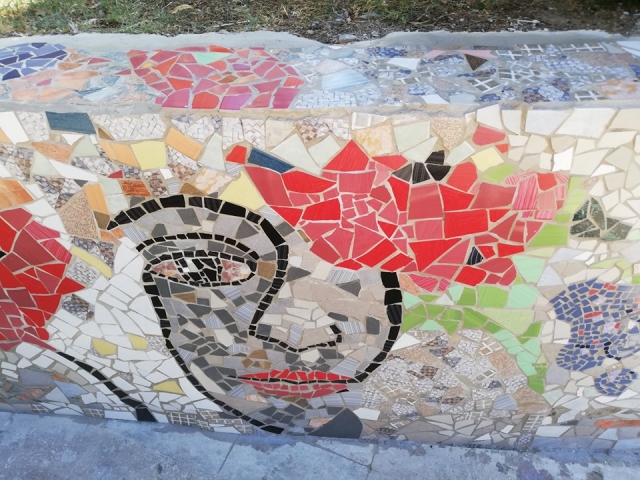 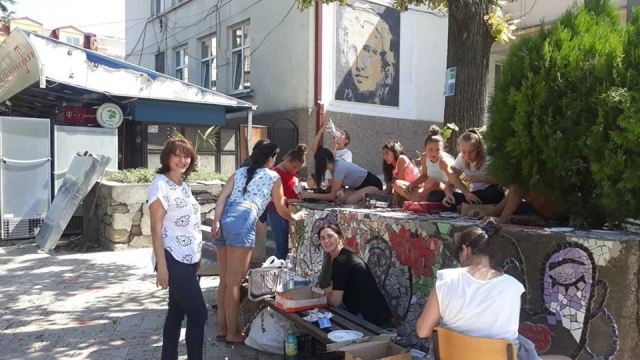 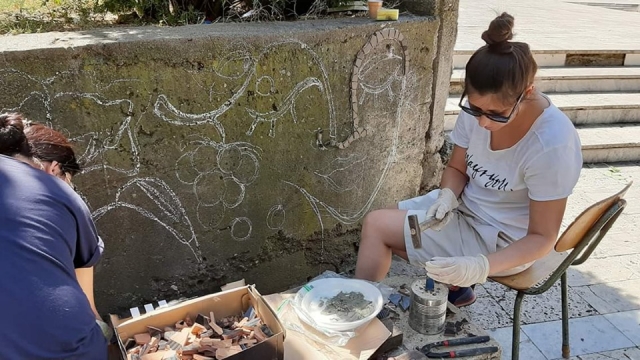 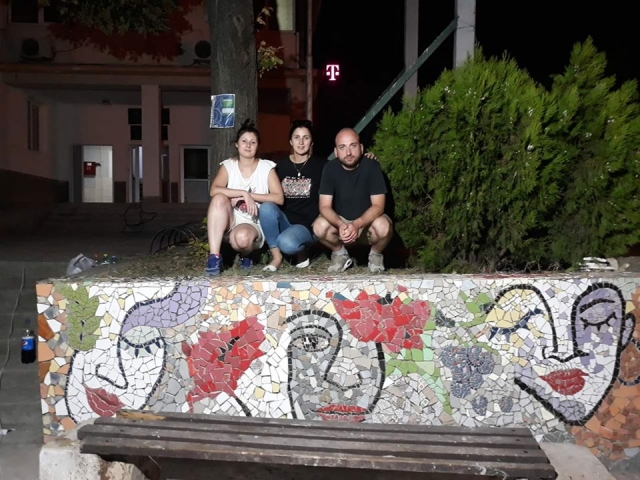 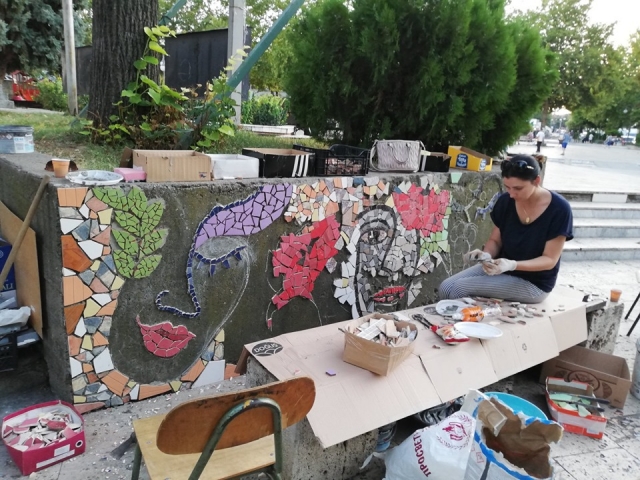 The aim of the project was to carry out three public exhibitions of mosaic making in cooperation with mosaic artists and the citizens of the respective municipalities.

The citizens alongside with the local mosaic artists had the opportunity to participate in the mosaic making process, which contributed to the rapprochement of the community and helped them realize that the public space belongs to them and that they can have a positive influence on it.

The project encouraged the citizens to take an active role in improving the public spaces themselves and refining the existent greyness around them instead of passively waiting for some measures to be taken.

The mosaics were made from recycled-content craggy tiles respecting the principles of Green Culture and with a goal to incorporate the culture into the environmental protection.

The project has left a permanent mark on the citizens` cooperation as a symbol of their concerted involvement, unity, beauty and aesthetics.