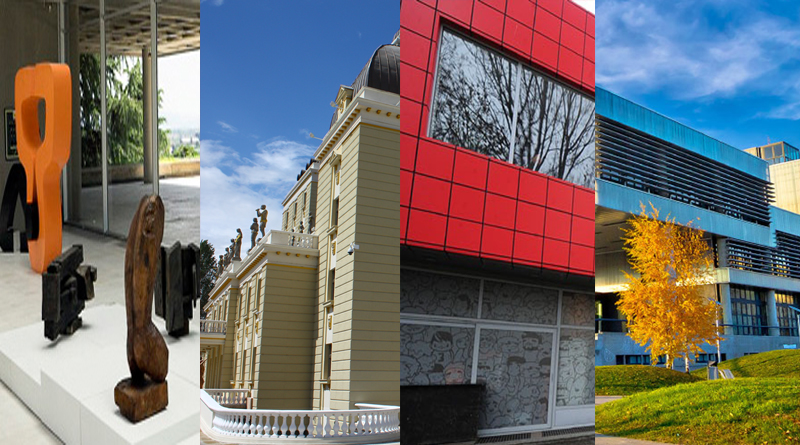 The turn of the year is a perfect moment for looking back and summing up some of the cultural achievements and trends. Let me then reflect on what were our strongest points and what can be improved in the future. First of all, Macedonia has a vivid living culture, and that may be its best cultural asset at the moment. The biggest cultural events, festivals, and institutions run on a steady base, renewing their repertoires, issuing new editions, fielding new provocative and interesting line-ups. Some institutions tried new co-productions, like the Macedonian National Theatre, Youth Cultural Center or the Museum of Contemporary Art. More institutions and independent organizations got involved in international and EU funded projects, which speaks of their capacity to implement international standards and to be in line with European cultural trends. Some of the biggest events and festivals really featured international stars, and that is in itself proof of the maturity of our institutions. There is, of course, room for debate on whether visits by celebrities and grand spectacles are to be financed with public money, as they are usually expensive, and whether the popular (not to say a bit populist) approach is adequate when promoting high culture.

We also saw the sprouting of new initiatives like new festivals and other events. The independent GO-based culture kept up the innovative spirit, explored new possibilities, and brought new ideas into the cultural sphere. They opened new horizons of the different intellectual, critical and reflexive issues which can be turned into cultural formats. Those addressing human rights issues and involving specific communities, like the feminist organizations or the LGBT movement offered high quality programme presenting international names but also cultivating and encouraging the local scene.

In this year of civic protests, artists and cultural personalities, or at least those close to the protest movement, had to reinvent themselves as their audiences were out there in the streets, which made it hard to put them in conventional frames of cultural spaces.  As a result, interesting pieces of protest art, guerrilla art and public interventions were created.

When speaking of international cooperation we should not forget the contribution to the Macedonian culture by embassies and foreign cultural institutions. They continued to bring famous artists and ensembles from their countries and to aid local cultural programmes. This year’s intensive joint projects have left behind serious outputs like open air museums or marked cultural and historical routes.

What I regard as cultural potential that still needs to be develop is cultural tourism.  Macedonian cultural heritage, the many archeological sites and other important cultural to poi need to be further developed, better organized, connected and made more accessible to a wider variety of visitors.

Despite this weaknesses in the area of encouraging cultural tourism, I believe in the power of Macedonian culture to flourish after we overcome the current political winter.