Skopje is one of the hardest capitals to live in during the summer. The natural landscape and climate combined with the man-made ‘concrete jungle’ make the city hard to breathe in mid summers. Skopje city center lies on the bottom of the valley where the movement of air is very slow. This is made worse by the huge buildings which block the breeze transforming the center into a big sweltering pot.

Because of this Skopje’s green areas and water features in and just outside of the city are of such a big importance for its residents. The city park, the forested parts of the mountain Vodno, the canyon and lake Matka and the shaded areas around the rivers Vardar and Treska, the vicinity of Marko’s Monastery and Markova Rekaare natural summer air-conditioners. One nearby recreational area is, however, missing from the above list. It is LakeTreska located immediately after the village of Saraj on the way to the Canyon Matka from Skopje. Unfortunately,this area is not used today to its full potential. 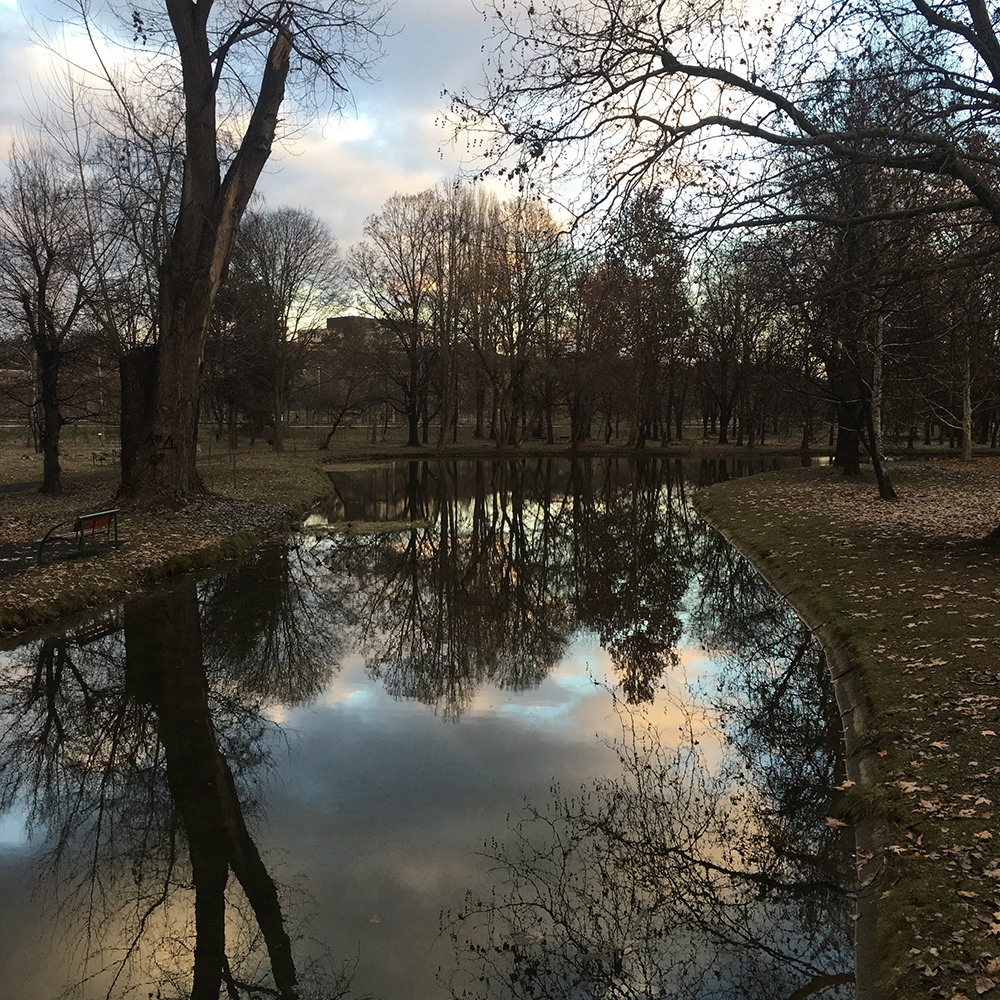 The artificial lake was connected with the river Treska, the right tributary ofthe Vardar. Treska isa 132 kilometers long riverthat runs into Vardar in GjorcePetrov, just a few kilometers away from the lake. It is already burdened by two damns, Matka built in 1937 and forming the magnificent area in the canyon, where the kayaking, alpinism, and cave diving flourish, and the Kozjak dam built in 2004.

The lake Treska could have been the last jewel on the river. It is an artificial lake built in 1978with financial contributions from all Skopje inhabitants. (This financing model called samopridones (self-support) was often used in socialist times.) The overall complex is located on 35 ha, out of which 19 ha are under greenery while the lake covers a surface of 14ha. It is up to three meters deep and has the capacity of 10 000 bathers.At the time it was planned as an ideal solution to Skopje summertroubles. 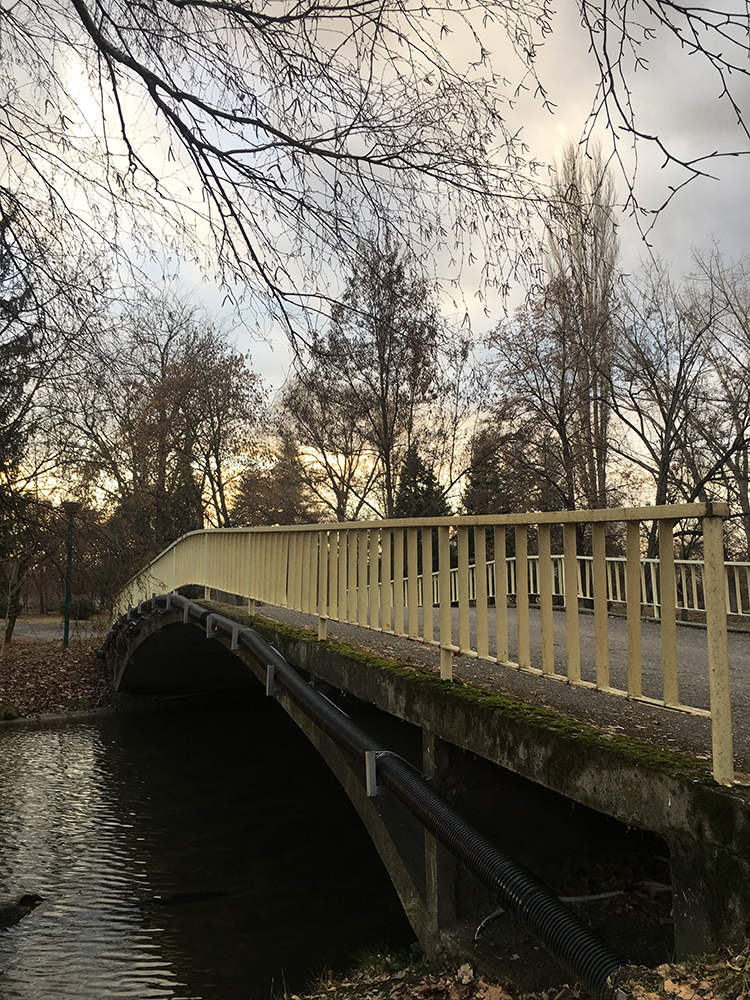 The complex was however, designed to satisfy multiple recreational needs. It has elegantly designed beach areas with full infrastructure including sun protection huts, showers, sand and beach games terrains. The surrounding green area included camping grounds, tennis courts, afootball field, biking and walking paths. Restaurants, cafes, ice cream and drinks stands surrounded the lake. CicinoSelo Pavilion erected nearby had a capacity of 160 beds, in two- andfour-bed rooms. It had the following facilities: kitchens and dining rooms, swimming pool for children, park and small sports fields for volleyball, football and basketball. The city and the recreation area were connected by a paved road. It was a resort built to the highest standards of summer tourism industry.

Constructed against the backdrop of the worsening political and economic crisis of the1980s, the Treska center did not escape the destiny of many companies which were unprepared for the market changes and therefore became unsustainable, neglected and finally closed in 1989.Due to the lack of maintenance the water in the lake became heavily polluted. The problem was made worse by new construction along Treska. There was no sewage treatment plant, and the river no longer could provide good quality water for the lake. Year after year water quality in the lake was deteriorating reaching 3rd and 4th degree of contamination, which led to its being closed for bathers in 1998. This put an end to the popularity of this area with Skopje dwellers , even if it did not stop it did not stop local youngsters from swimming in the lake on the hottest summer days despite the risk of infections and insect bites. 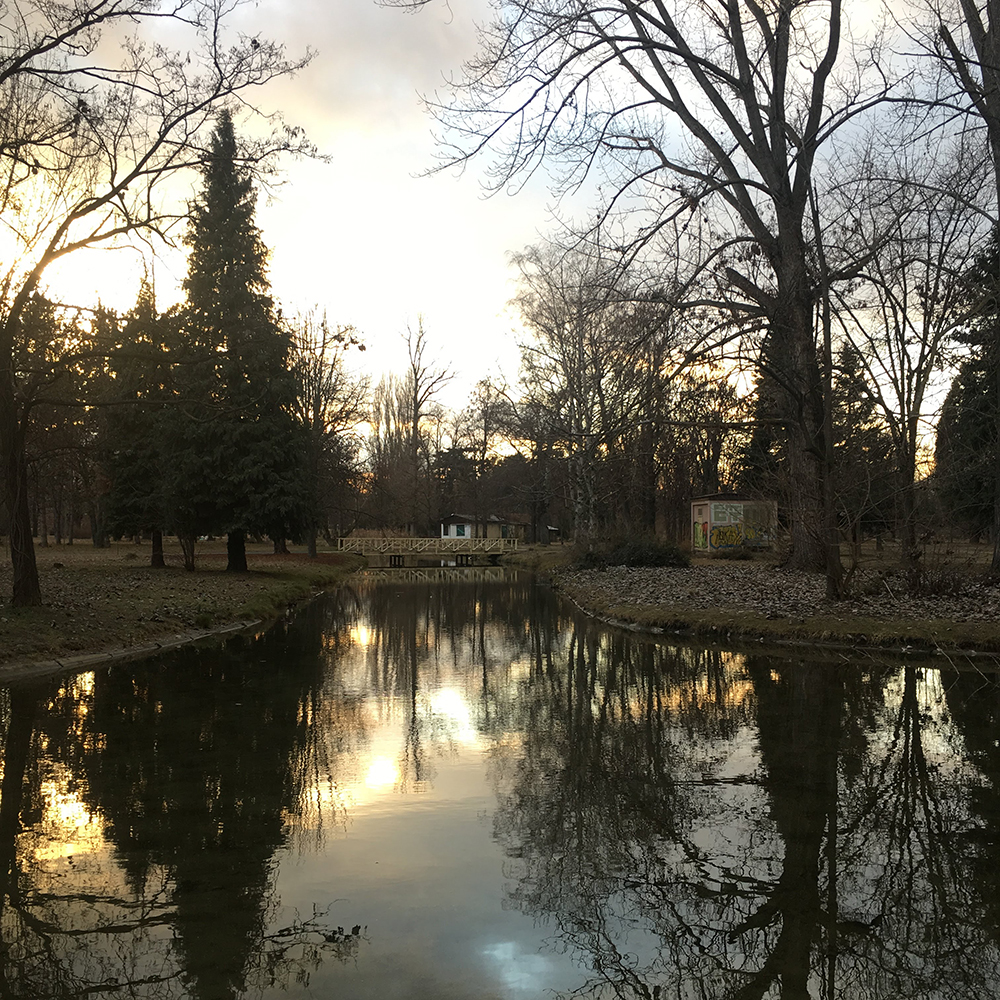 As soon as it was officially closed, many civic initiatives to rehabilitate the lake emerged. Even a special ‘Money for Treska’ fund was established. But the raised funds were only sufficient to clean the bottom of the lake and to repair the concrete floor of the pool. The authorities have been looking for different solutions. One early step was to oblige the Public Enterprise for Parks and Greenery to maintain at least the green areas around the lake. But the cleaning hydro-station was too expensive for the public budget. Skopje City authorities as well as different ministries have considereda public-private investment, or a private concession, but so far there have been no concrete offers. In the meantime the decentralization reform has transferred the lake to the Municipality of Saraj, which immediately started searching for investors.

The regeneration of the whole complex would use the full potential of the Treska Lake as a summer escape from Skopje while also employing over a hundred people.