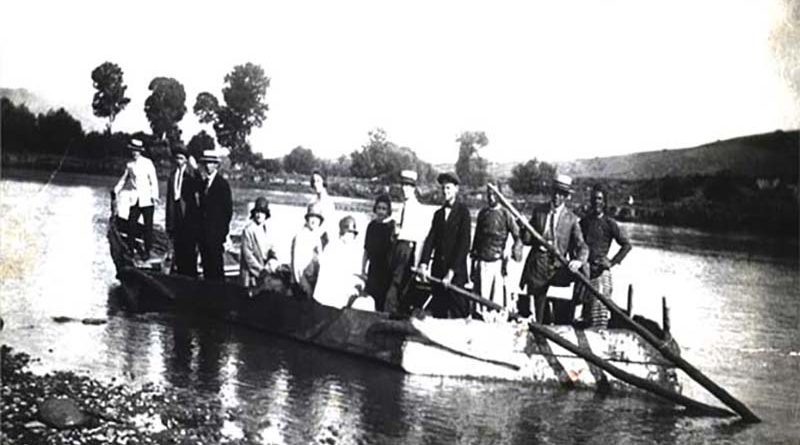 Since Macedonia is a landlocked country, all the terms, customs and experiences connected to the naval or maritime life evoke a strange feeling and curiosity amongst its population. As members of the Macedonian Academy of the Sciences and Arts have stated, “Macedonia does not have access to sea, but strongly smells of the sea” being just a stone`s throw from the Aegean and the Adriatic. In its folklore
and epics there are many words, scenes and expressions associated with the sea and maritime life. They are remnants and traces of the past life when the current borders did not exist, so that ancestors of the present-day Macedonians lived in a broader and unrestricted territory including the sea shores. Experienced translators know that and often dig deep into the old poems to find adequate expressions when translating maritime literature.

One of the most evoked sea faring traditions in the recent years has been that of gemija sailing along the Vardar river. Gemija is a larger sail boat ranging from 10 to 20 metres. They were used for fishing near the sea shore and for river trade. Historical records say the Vardar was good for sailing from Veles to its mouth in the Aegean Sea near Thessaloniki (Solun). It was actually the gemija fleet that powered the Veles-Solun trade and turned Veles into one of the most progressive towns in Macedonia with the first school, the first theatre, the first female actor and the first socialist ideas.

Back to our story, researchers like Ljupco Danov and Petar Peckov believe there are two main reasons for the development of the unusual sailing river trade. First of all, the markets, especially of agricultural goods, needed a fast means of transport, and the river sail provided it. And, second, the Ottomans who levied sizable taxes on other means of transport (road tax, bridge tax etc.) had only a small flat-rate fee for water transport. This made caravan trans portation (also requiring animals and riders, armed guards and food for animals)
a lot more expensive. Besides the roads were bad.

Gemija boat was easily built from wood and was not very costly. The trip to Solun took two or three days depending on the cargo and weather conditions. Each gemija could accommodate 600-700 kilograms of cargo and needed two or three sailors to man it. The shape of the boat was hexagonal, which allowed for good maneuverability during sailing. There was a rudder with two long paddles on each side. The front one was used for avoiding rocks and branches and for clearing the way. Torches for lighting the way during the night were in the front part of the boat. Initially the biggest risk was being attacked by robbers in the narrow Demir Kapija Gorge, but soon the traders started paying a fee to attackers to avoid the robberies. 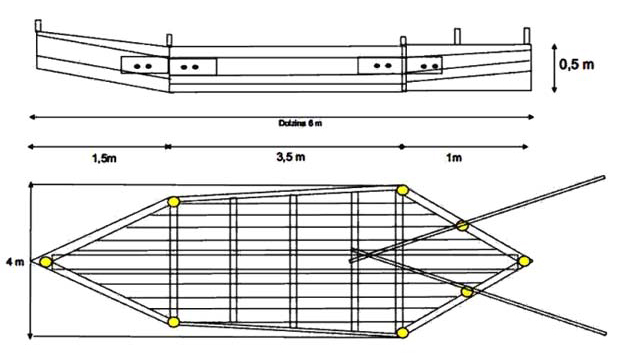 Once the load was delivered to Solun, the boat was ingeniously recycled. The gemija was broken up and sold as wood, as sailing up the river was not feasible. The little dock where the boats were loaded was called skele. As the trade grew, the number of the docks rose from 2 to 31. The sail makers also perfected their product. Improved design resulted in the increased pay load capacity of the boats. Ottoman records say that in 1857 more than 105 000 tonnes of cargo were transported by them. According to some estimates, more than 12 000 gemija boats sailed from Veles in a year and the present day woodless landscape around the town dates back to those times. Caravans of mules, horses and camels from the whole region including Macedonia, Bulgaria, Serbia and Kosovo carried goods to Veles for sending downstream. Wheat was one of the most traded goods, but there was also wool, cotton, poppy and sunflower seeds. Locally produced and widely sought after goat leather ”sahtiyan” material used for making riding gear and other luxury goods, was also carried south by gemija boats. The gemija trade deteriorated and soon stopped after the construction of the railway line Skopje-Solun in 1873 that quickly rendered the river transport relatively slow and expensive.

Yet in 1903 gemija came into the lime light again when a group of Macedonian revolutionaries wanted to call Europe’s attention to the suffering of Macedonians under the Ottoman rule and to put the issue of the country’s liberation on the international agenda by conducting a series of terrorist attacks in Solun. Being mainly from Veles, they adopted the name Gemidzii referring to the once famous trade. By doing so they also symbolically connect their revolutionary act with the boat trip of no return. 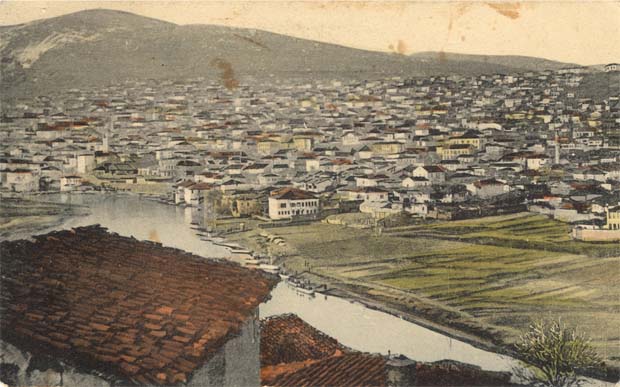 Today the memory of the gemija and Gemidzii is commemorated all over Veles. Many companies carry that name, and a bridge, the sports center and the football fans club are named after them. The Municipality of Veles is ready to invest more in its brand value. In order to revive the tradition enthusiasts from Veles have founded the so-called Veles Regatta from Veles to Gevgelija, the last town along the Vardar before the Greek border. Members of the Red Cross, Scouts, and other adventurers and river enthusiasts sail in rowboats following a wooden replica of gemija recreated by carpenters especially for the event. It took them three months to recreate the boat on the basis of the 1830s photos. Participants said the “regatta” was an amazing experience even though the Vardar was a calm and easy to navigate river. Their only challenge was floating tree branches and other wooden debris which abounds on the river in rainy years. Their ambition is to reach Thessaloniki in one of the coming years.