For those who prefer spending their weekends outside Skopje, a good idea might be to go to the southeastern part of Macedonia (known as Pelagonia in ancient times), spend a couple of days in Prilep and see the ruined Towers of King Marko and the Monastery of Treskavec.

Take the highway leading towards Veles and at about 70 km from Skopje there is a turn to the right to Prilep.  Follow a curvy but beautiful road until you can see the Towers of Marko, a medieval fortress.  Prilep is situated under it and has two worthwhile monasteries in the vicinity.  The area is so symbolic of Macedonian culture that it has been used twice by the Macedonian film director Milco Mancevski, as settings for a couple of his films.  The town has a small old Turkish centre with nice cafes, the ruins of an old mosque and a clock tower. 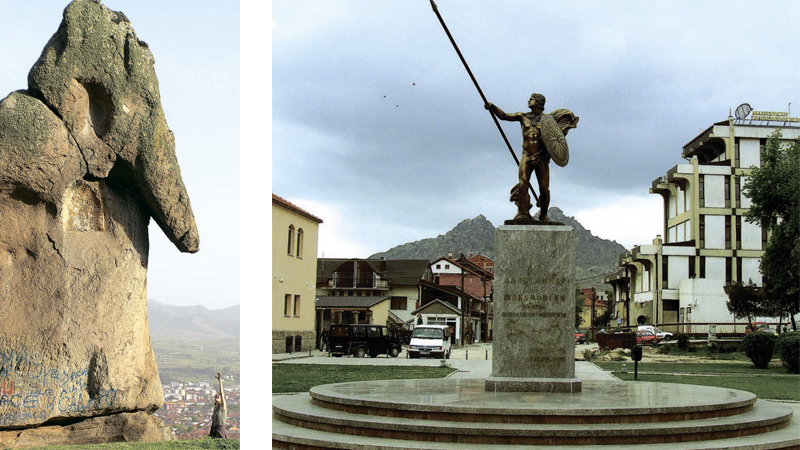 The Fortess is named after King Marko, the last Macedonian king, who died fighting the Turks. Parts of the fortress date back to the Iron Age ( 3rd and 4th centuries BC) and later periods during the Ottoman Empire.  Most of what remains to be seen today is from medieval times. Although it is mostly in ruins, it’s worth hiking up because the view is magnificient.

To get there from the centre of the town take, Ulica Markovska and after about 1 km turn right and keep going uphill until you get to the back of the houses that will lead you to the gravel road to the tower.   You’ll pass by an impressive and huge stone called Slon having the shape of an elephant which marks the beginning of the Markovi Kuli.  You should leave your car there and continue to hike on an easy route up.  Parts of the towers are steep without handrails, so this is not advisable for those who are prone to severe vertigo. The highest part of the rock is marked by a huge cross, similar to the one in Skopje but smaller.

The Monastery of Treskavec is 8 km outside of Prilep under the summit of the impressive Zlatovrv.  It is a magnificient old complex of significant and historical cultural value with a beautiful setting. 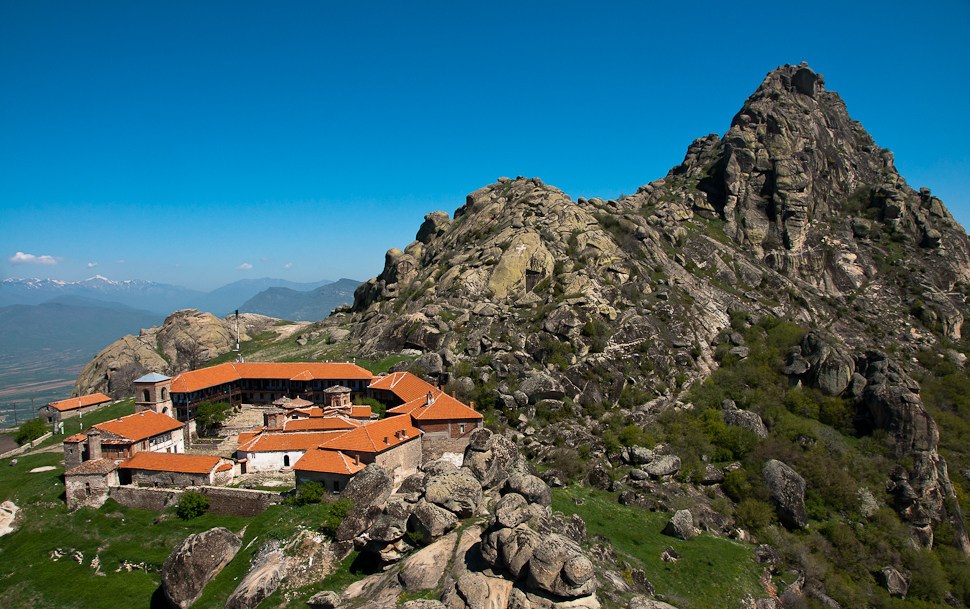 To the southeast of Prilep towards the border with Greece is the region of Mariovo with the River Crna, the pictoresque village of Stavica and Manastir. Those who like the films by Milco Mancesvski will recognize the places used in his films ’Before the Rain’ and ’Dust’.

Beyond the places mentioned above, this region offers much more to be discovered.  Do not heasitate to explore Macedonia!