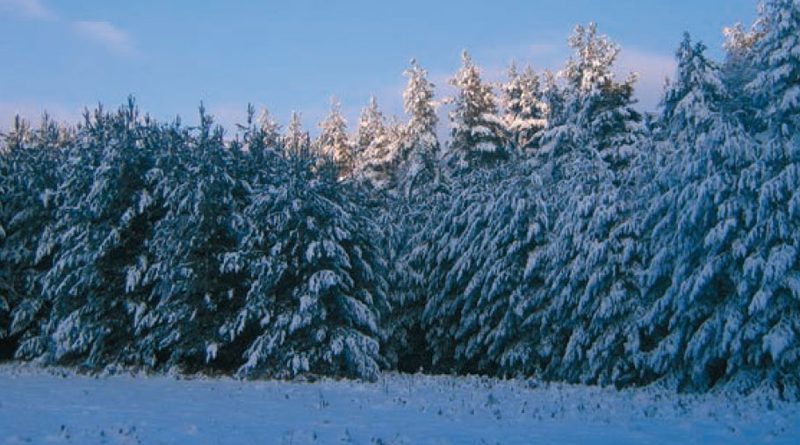 During the winter all desires and holiday plans are usually connected with the western part of Macedonia with its wonderful ski resorts and high mountains of Shara, Bistra and Pelister. People crowd in the hotels and the weekend houses fighting for the last pair of skis or a ski lift seat. But the Eastern part of Macedonia, although lacking ski resorts, has perfect landscapes and relaxing views. There are only few high-standard hotels, but there are enough hospitable smaller accommodation providers to welcome anyone. The mountains of Belasica, Ograzden, Malesevo, Plackovica and Osogovo stretching along the eastern border with Bulgaria are still undiscovered realms of wild beauty, old traditions, friendly people, hidden heritage, rare customs, handicrafts and delicious handmade food. Especially attractive are Malesevo Mountains covered with dense pine and oak forests and wide green pastures for which the region is called “little Switzerland”.

Malesevo Mountains have a ridge length of 32 km with the highest peak just above 2000 m. The territory has more than 120 natural springs, and Berovo artificial lake is the centre for recreation and local tourism. For winter hiking and mountaineering there is wonderful recreational track connecting the two beautiful areas, Ravna Gora and Ablanica. The track is placed in a dense and high pine wood and is a miracle for the lungs. So it is not strange that inhabitants of this region are easily recognizable by their red cheeks. A survey has shown that the central town in this region, Berovo, has the highest concentration of oxygen on the Balkan Peninsula. Another paradoxical fact is that the town, although high in the mountains has the sunniest days, with an average of 6.4 hours of sunshine per day.

The Males region albeit situated up in the mountains, has always been populated. It is believed that the name comes from the Iliric word ‘malesi’ which means mountainous area. In the 4th century Malesevo was part of Philip and Alexander of Macedon&#39;s state.  After the collapse of their empire, Macedonia as well as Malesevo became part of the Roman province of Macedonia.  In the 6th and 7th centuries the territory of Malesevo was inhabited by Slavs. Local legends proudly claim that it was for this territory that Konstantin the Philosopher created the Cyrillic alphabet. They are based on the sources that in this area Konstantin’s brother Methodius was Christianizing Slavic pagans. After the collapse of Samoils&#39;s Macedonian Kingdom Malesevo falls under Byzantine rule. The first mentioning of the name Malesevo in the written sources is in a document of the Byzantine Emperor Basil II from May 20th 1020 where he speaks of the number and borders of the parishes of the Ohrid Archbishopry.  According to Basil’s document the parish includes two regions: Malesevo and Pijanec. A hundred years later Malesevo is mentioned by the Arab writer of travel books Idrisi. Since 1334 Malesevo became part of the Medieval Serbian state and after that it was part of Konstantin Dejan’s feud, feud, and it is believed that in 1394 the town Malesevo was destroyed by the Turks. After the Balkan Wars and the First World War Malesevo was included in the Kingdom of Serbians, Croats and Slovenians. Today Malesevo includes two municipalities – Berovo (the Town of Berovo and the rural settlements of Rusinovo, Vladimirovo, Ratevo, Dvoriste, Smojmirovo, Macevo, Budinarci and Mitrasinci) and Pehcevo.

The region and especially the Town of Berovo are the national leaders in the so-called alternative tourism. Ecologically clean environment, gastronomic offers and many traditional customs that people still practice in their everyday life and are willing to share with visitors make it very attractive to tourists. Accommodation in winter in Berovo means that the guest would usually be kept warm with very traditional wool blankets made of sheep or goat wool, white woollen socks, the so-called kalci or low-cut feet warmers, traditional gaiters and vests. The floors are covered with carpets woven on a wooden loom by the housewife. Traditional woodcarvings decorate ceilings and other parts of the interior in hotels and guest houses. Although naturally used in the summer, sheepfold huts scattered all over the region became sought-after winter stopovers, because they still employ the traditional manner of breeding sheep and making the widely known Malesevo white cheese, and the now rare variety of thick cream called bulamac, as well as matenica, a kind of beaten yoghurt, for which a lot of effort, secret recipes but also personal skills and talents are needed. Local specialties include fruits, vegetables and other delicacies for which the region is most renowned: the tastiest yellowish potatoes, plums, and honey from bees
bred both in the mountains and on pastures combined with walnuts, almonds, hazelnuts, as well as the special honey sold in honeycombs. Many seasonal wild forest fruits and different kinds of herbs like thyme, daisies and yarrow are part of the local cuisine. Delicious jams are served for breakfast. Locals are famous for preparing homemade traditional medicines for different ailments. Most wanted is the pine syrup or pine honey used to cure any respiratory disorder.

The region has also preserved many customs and traditions. With its traditional rites, singing, music, dances, rituals, costumes, pottery, jewellery and musical instruments it is like a living museum for ethnologists. The historical and ethnological museum in the town of Berovo housed in an old building renovated in the 19 th century offers a selection of the ethnologic treasures of the region. It has been lately used as a resource for workshops in many of the traditional handicrafts.

In recent years a major attraction for visitors has been the big 20 th of January carnival in the village of Ratevo. The festival is called “Bamburci” and is devoted to St. John’s Day, but it actually showcases the remnants of local pagan customs with people dressing in animal furs covering themselves with ringing bells and wearing masks made from animal heads and horns.