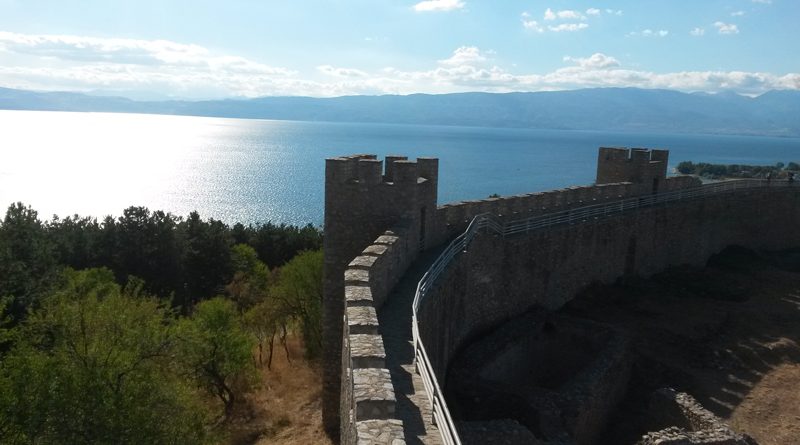 author of the text and photographer  Igor Pop Trajkov 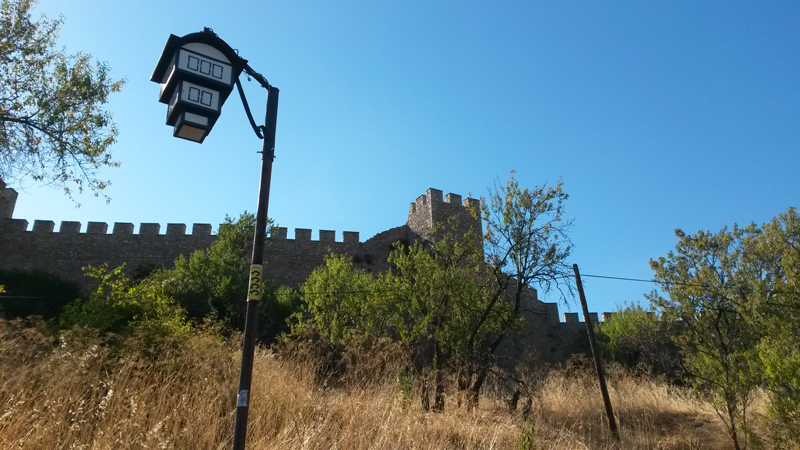 One of the most significant tourist attractions in the Republic of Macedonia is undoubtedly Samuel’s Fortress. It is placed on the second hill which is North-West positioned towards the center of the city of Ohrid. You can approach the fortress by walking or by car on the oval cobblestone road – I would suggest you to go walking since the view is stunning and you can see many interesting things during your walk such as, significant archeological excavations, the roman theatre, many authentic souvenir shops, rich vegetation, and architecture that is dating since the time of the middle-ages. 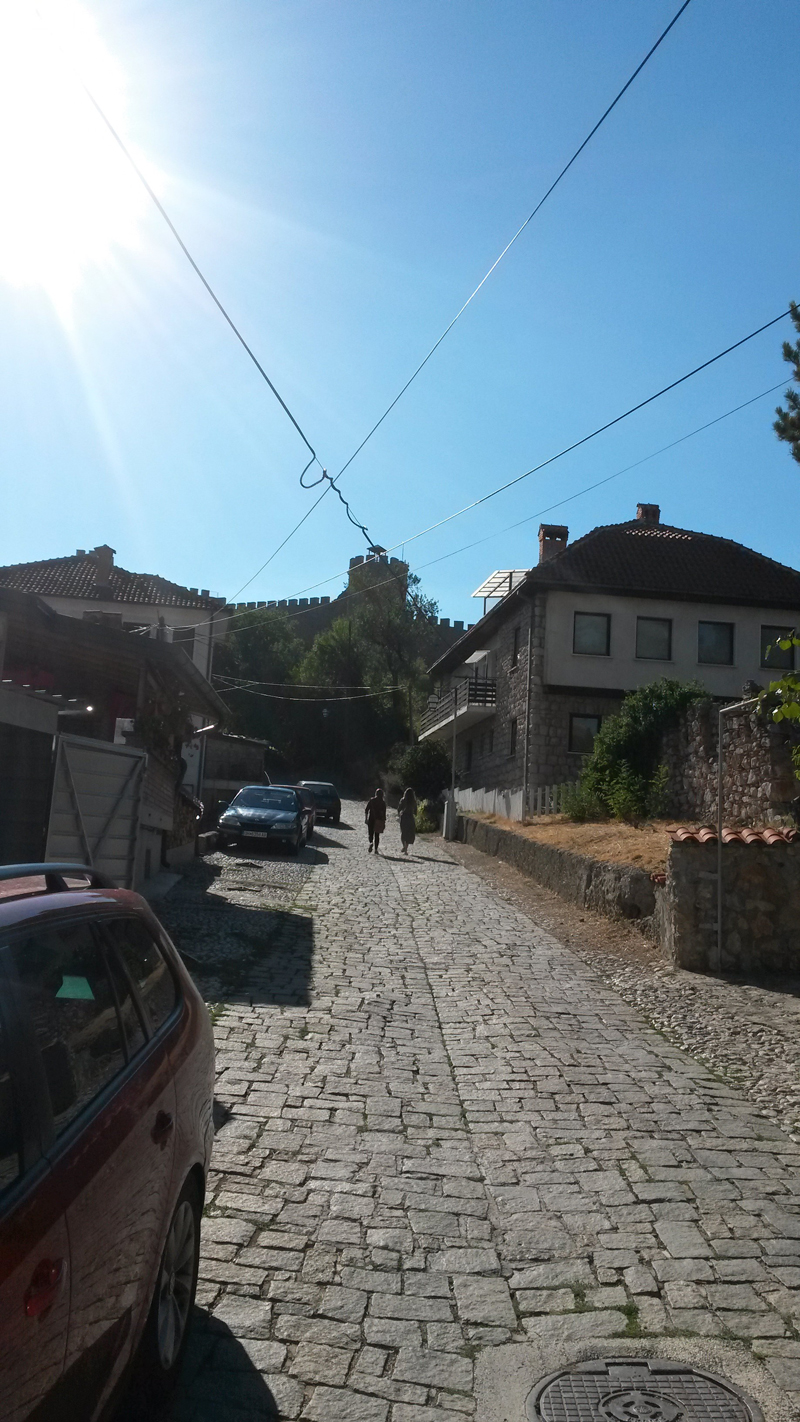 When you approach the gate of the fortress you will have an impression as if you are ahead of the civilization that was flourishing there about 10 centuries ago. The walls are massive, surrounding the once existing settlement. There is a big tomb in the center,and it is said that it was a family grave of Samuel’s family, though he wasburied in the church of St. Achill in the Lake Presparegion which is now on the territory of Greece. This space is incrediblyacoustic and is used as an open-air scene for the summer festival. Many famous names and companies were performing here such as the famous La Mamma Theatre from New York. 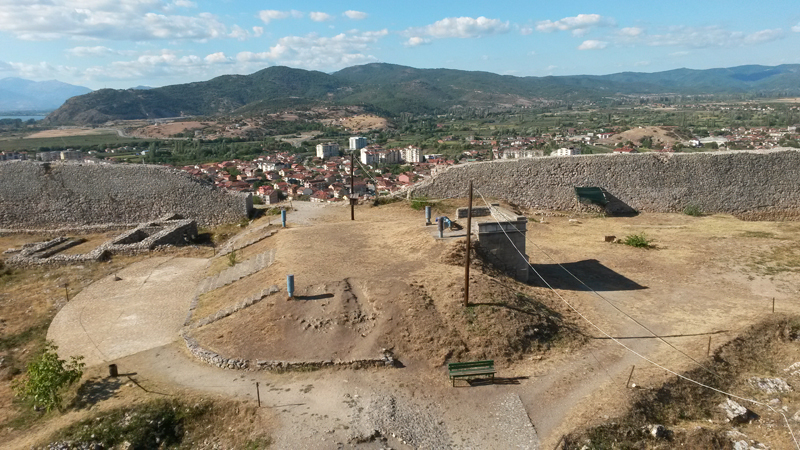 You can also walk on the walls and enjoy the spectacular view of the lake as well as the city. 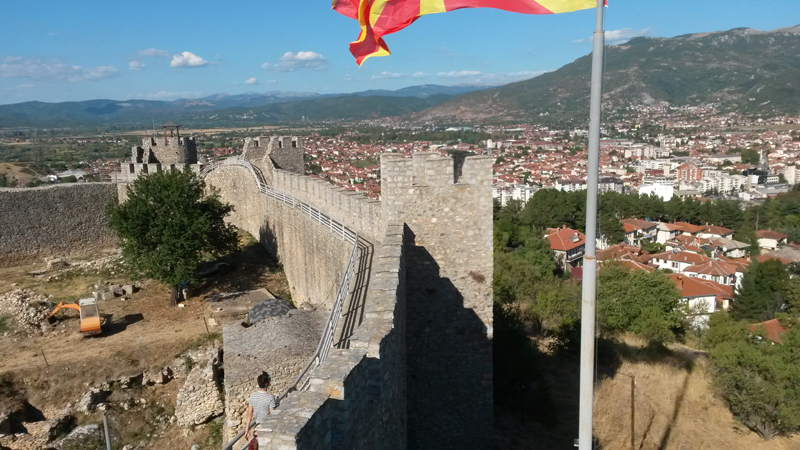 However, this beautiful surrounding hides a tragic story. Namely, King Samuel suffered a tragedy in which all of his seized soldiers were blinded by the winning army of the Byzantine Emperor Vasilie- from the Macedonian dynasty of Antigonets. Emperor Vasilie ordered every 100thsolder to be left with only one eye so that he would guide 99 fully blind people behind him. When he saw this, while in Prespa, King Samuel had a heart-stroke and died. 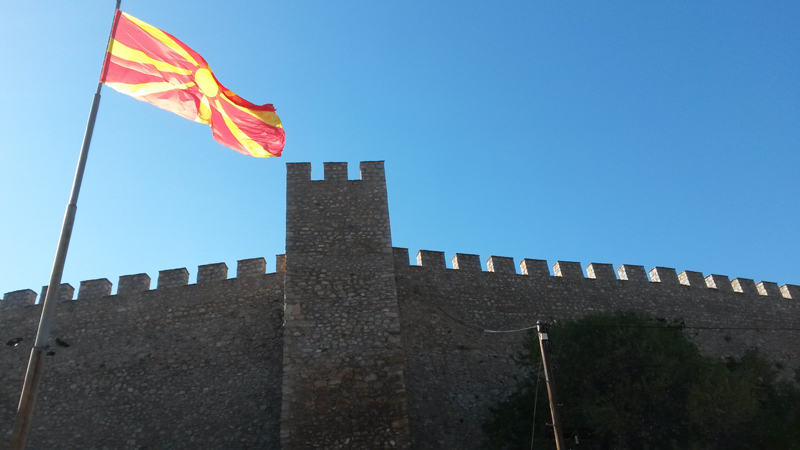 King Samuel was coroneted by the pope with a title of a Bulgarian King in which the name of his state was Macedonia. He fought for the independence of Macedonia by using the bad position in Bulgaria that was frequently attacked by the Prince of Kiev-Svjatislav. Samuelruled in the kingdom together with his brothers David, Aaron and Moses. According to some research findings, this aristocratic family had its origins inArmenia. Later, when his brothers died (according to some research findings Samuel killed them), he continued to reign alone. Hence, Samuel’s Fortress has a middle agesambience and the feel of a middle-aged fortress. For Mycenae, it was also long believed that is a MoyenÂgefortress; this was so up until the time when the golden funeral masks were found- the ones that were used in the time of antiquity. The exact same kinds of masks were also found in Samuel’s Fortress. It was as though archeologists and historians were blind up until the time they discovered that secret treasure; and then they realized that those fortresses have Paleolithic bases, which were used in early antiquity. Samuel’s Fortress is firstly mentioned in the 3rd century BC by the historian Titus Livius. Now it is fully proven that this fortress was built by Philip II of Macedonia. 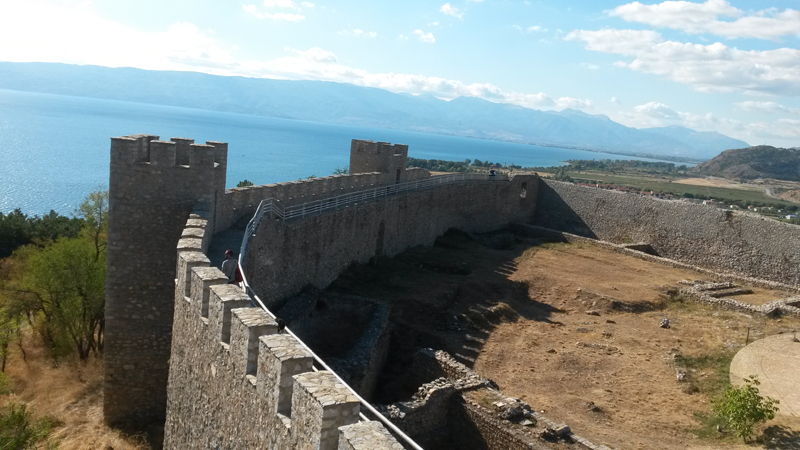 In front of the gate you can find a nice small cafeteria, souvenir shops and juice machines. 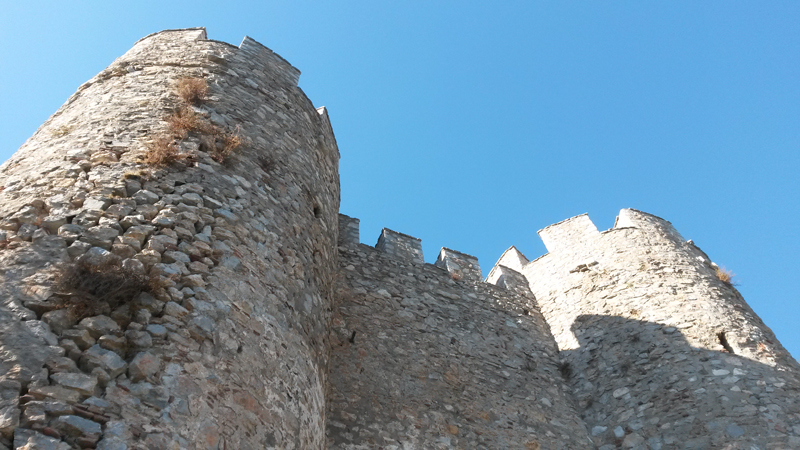