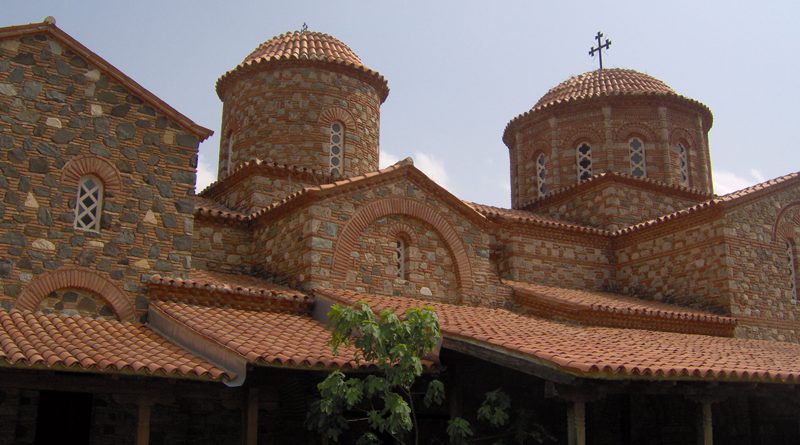 An object called, “Monastery Complex (St. Leontius)” or, ”Complex of Vodocha’s Churches” is located 9 km west of Strumica. Vodocha Bishopric was initially mentioned in charters of the Byzantine emperor Basil II, in 1018, after the Samuel’s devastated state. The following testimony of its existence is in a Hilandar Act of 1376, when Vodocha’s Bishop Daniel and Bishop Gregory resolved disputes with local secular authorities over the borders of Hilandar properties near Strumica.

The oldest building is the early Christian basilica which dates from the 5th and 6th centuries. In fact, “Complex of Vodocha Churches” is comprised of three churches. The oldest church is on the eastern nave and it was built in 9th century. That church was destroyed after the fall of Samuel’s state.

The remains of that church are preserved in the apse, proscomidy and diaconicon, and on the oldest fresco which represented an unidentified saint from the late 10th century. The second church is from the first half of the 11th century when the foundations of the basilica to the west side of the church were built in the shape of a cross, dedicated to the “Presentation of the Virgin Mary”.

From that church, today are preserved figures of saints, the scenes with “Cycle of Major religious holidays”, “Childhood and Life of the Virgin Mary” and the frescoes of St. Evplos and St. Isavrios which suggest analogies with fresco painting in St Sophia in Ohrid and with the church in St. Vrachy in Kostur.

The middle church with the dome is the largest one and it was an Episcopal church, if we judge it by the sintronos and the apse. It was built in the late 11th and early 12th century and is dedicated to St. Leonty, a martyr killed at the time of Roman emperor Vespasian (69-79), for the acceptance of Christianity. Frescoes of this church that are preserved are those with images of six Hierarchs and the fresco with the “Holy 40 Martyrs of Sebaste”.

In the complex itself, two monastery baths were excavated as well as facilities associated with the  household of the monastery brotherhood and medieval necropolis with over 1000 graves dating from the 13th until the 20th century. 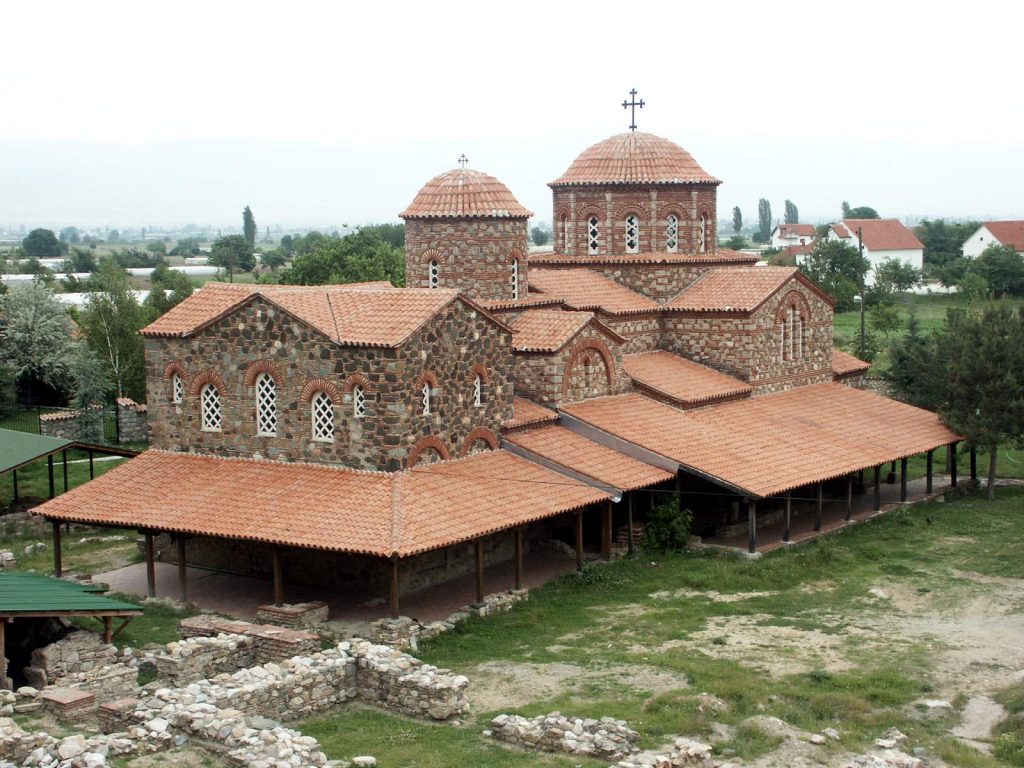 The oldest notes about Vodocha are from the notes from the first Russian traveller Grigorovich of 1848 , followed by the notes of Archimandrite Gerasim, later Metropolitan of Strumica 1896, providing  data on the state of the church, which until then had been existing relatively damage free and with superbly preserved frescoes.

However, in the next sixty years the church was heavily damaged. During the period of 1958, the remains of frescoes were removed in order to be protected. In the seventies of the 20th century, the church architecture was fully reconstructed based on the remains.

With the restoration, the monastery complex today is under the jurisdiction of the MOC and it is the seat of Metropolitan Naum.