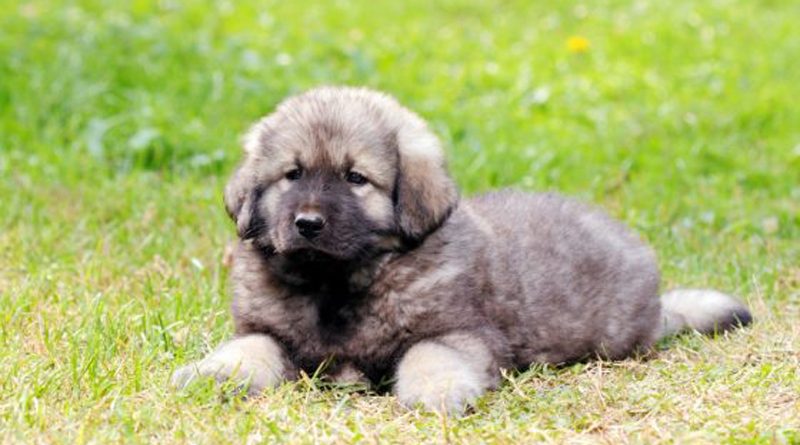 The Sharplaninets probably comprises the oldest true Molosser in the world, rendering it to be of key importance not only in cynological but moreover historical terms. The name “Sharplaninets” (Шарпланинeц) is a Macedonian word and basically means Shara Mountain Dog, whereas the Serbian equivalent “Šarplaninac” actually represents the much more common spelling of this name. Nevertheless, the Sharplaninets is an autochthonous breed of Macedonia, where it still can be found in respectable numbers to this present day. Today, these powerful dogs are employed as unrivaled protectors in the area of Shara Mountain as well as Korab, Bistra, Stogovo, Mavrovo, Pelister and Deshat. However, as Shara Mountain itself extends from Macedonia well into neighboring Kosovo, today the breed is consequently registered under the accurate name MACEDONIAN-YUGOSLAV SHEPHERD DOG – SHARPLANINETS. The Sharplaninets is a truly ancient breed and the privilege and responsibility that comes with caring for this breed should therefore be shared by all peoples from this Balkan region.. 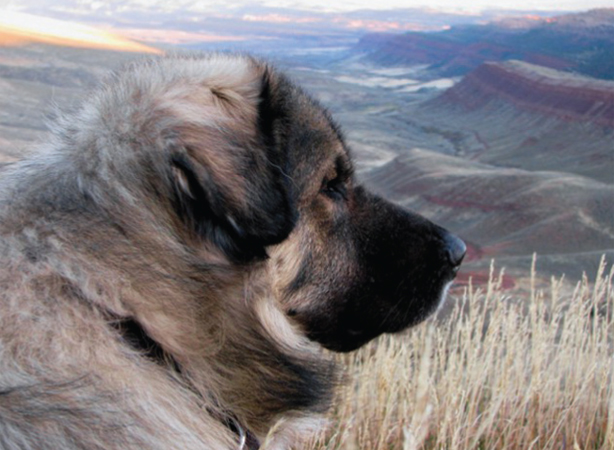 Unequivocally, the Sharplaninets is the most popular representative of the living species in all of the Balkans. His reputation, by far, exceed that of all other animal kinds together. Considering the comparative indicators, an objective historical appraisal would have to place him even before man. He converted his life into a feat. He let people create legends about him. He promoted them into leaflet-writers, copywriters, chroniclers, typist, stenographers… To those that knew him best he created an opportunity of becoming famous as the king’s biographers. Fascinated by him, the people are willingly becoming his minstrels, troubadours and travelling singers who devoted their lives in worshiping his majesty the Sharplaninets, the King of dogs. Due to his qualities and deeds, he became a true nuance in the conscious of most of the Balkan’s population, an ornament and a symbol of an authentic subculture. What is most impressive, and what leads to a sweeping contemplation, is the fact that the subculture of his fans, undoubtedly ethical positively, is the most stress-marked in relation to all cultural or sub-cultural patterns in the region, and probably in the world.

His aura is stamped as a key motive in the mental ornament of those people to whom good personal values still have meaning. Today, the Sharplaninets is more than a hobby; it is more than an income resource, more than an affirmation of one’s efforts, or a good investment. Now days, the Sharplaninets is a cultish species, a paradigmatic cultural matrix, and undoubtedly a constituent anthropological totem. He is a foundation of the self-esteem, a base of the axiological identity of the individual, an argument for one’s own self- affirmation; but the Sharplaninets is subsumed and undisputedly accepted concentrate of the idealized group values; he is a personal identification, a status symbol, a family sentinel, a prestige epitome of whole local regions, a metaphor for the best competences, incarnation of the highest values, and to the most faithful admirers he even represents the collective heraldic symbol of the fundamental national pride and dignity. The main feature of the Sharplaninets’ character is his consistency. With this king you always unmistakably know where you stand. The threshold of aggressiveness varies in the population as a whole, but on individual level it is very stable and predictable. The manifestly aggressive one is always aggressive. The quiet one, who attacks only when what was entrusted to him is directly threatened, is always steady. There is no slyness. He does not succumb easily to the irritating influence of health condition, fatigue, hunger, thirst. 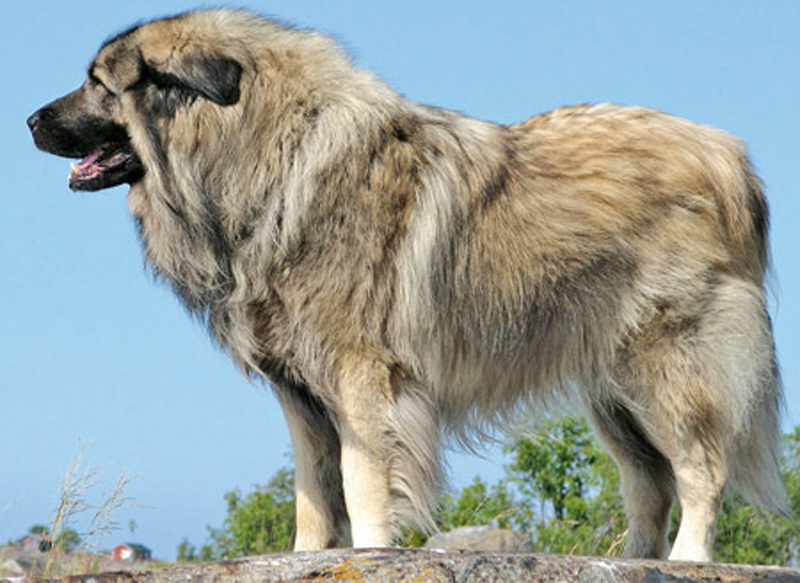 It is not appropriate to talk about the Sharplaninets, as with the mythical heroes, one only sings about him. Basic warning for the one that chooses him as a friend: the Sharplaninets doesn’t acknowledge a master, he chooses a friend for life. You will learn from him more about the values of unconditional trust, unlimited sacrifice and loyalty, than from piles of books of scholar’s ethics debates. The Sharplaninets is the best theoretical and practical live lesson about moral. He will teach you about the delicacy of the mutual understanding, the nuance of the utmost gracefulness and respect of the friend, the finesse of good manners not learned in any instruction book of ” bon-ton”. And finally, the quality of the telepathic communication constituted in all cultures as the narrowest specialty of dogs, with the Sharplaninets it is strongly stressed. Once he friendly, profound and clear looks in to your eyes, you will never ever feel alone and unprotected.