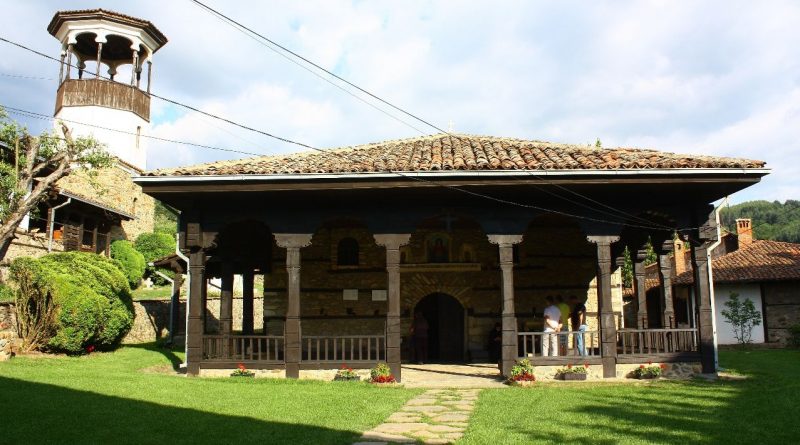 Berovo, is a rather small (7.000 inhabitants) but rich with history Macedonian town, with a unique combination of almost untouched nature, cultural and historical heritage, traditional music and handicrafts. Berovo is located in the eastern part of Macedonia, at an altitude of 800 – 900 m, on the slopes of the Maleshevo Mountains (highest peak Kadiica 1932 m). It is a town with the highest concentration of oxygen on the Balkans and with the largest number of sunny days during the year in the country. The climate is mild continental with an average annual temperature of 11.1˚C.

Only 5 km away lies Berovo lake, a very important hydrographic – tourist object built in 1970 on the Ratevska River, in the region Linakot. It is 2,5 km long, and in average 0.5 km wide, and lies on an altitude of 986 m. Berovo is surrounded with centennial pine, beech and oak trees, it is bathing in sunshine, and thanks to the natural climate conditions, this ecologically clean place is a real “air spa”. Along the lake there are many villas, and many wonderful picnic, recreation and sports terrains. The mountain surrounding the lake entails marked cycling and tracking trails which are the most suitable places for relaxing walks, for mountaineering and mountain-biking. Berovo offfers perfect conditions for the ones seeking adventure and challenges, but also for those keen on fishing and hunting; the lake is suitable for flat water kayakers who can find here exactly what they have been looking for. The Malesevo Mountains are situated in the most eastern part of the Republic of Macedonia. The Border with the Republic of Bulgaria stretches on the ridge of these mountains. The ridge’s lenght is about 32 km. The highest point is the summit Kadiica, at 1932m. All the summits in the Malesevo massif are located west of the town of Berovo. On the Malesevo territory there are more than 120 natural springs. A transversal trail which connects the most southern and the most northern part of the Maleshevo area stretches from Prevedena at 1200m up to the top Kadiica at 1932m. This trail has a total length of 45 kilometers climbing path stretching along altitude variations of 730 meters above sea level with oscillation of a maximum of 800 meters altitude above sea level on minimum 5 kilometers. The averge time to pass the trail is 12 hours. Because of the length and the transversal character of the trail, it is recommended to hire local tourist guides. The places for pause are in the village Dvoriste, the sheepfold near Karaula Divna, the motel near dethrone of Klepalska Reka, in the vicinity at Ravna Reka. 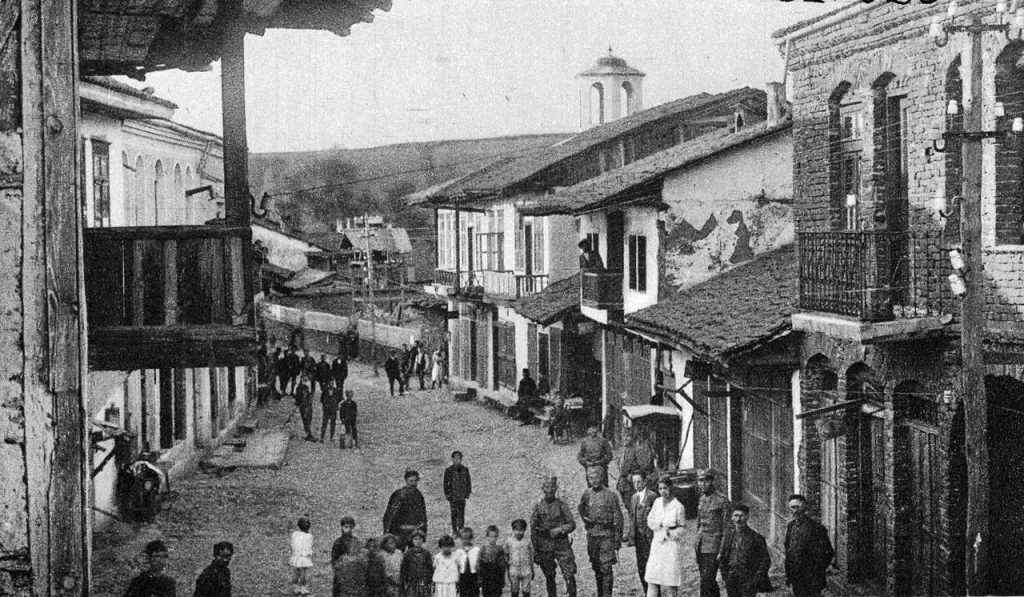 In the early 19th century Berovo was a rural settlement with around two hundred houses and a small church that had fallen into decay. The inhabitants at the time decided to have a new church built at the site known as Mogila. The parish priest, Friar Peco, was assigned to obtain a building permit from the Turkish authorities in Radovish. The Turkish governor, Vali, gave the permit but made sure to set conditions for construction of the church as difficult as possible. The church was to be built low, below the road level and not to be visible, construction was to end in forty days, and Friar Peco was to give his youngest daughter, Sultana, to the Vali for his harem. The people of the town prevailed and the church building was finished and covered with stone blocks, soot, and lime (so as not to be noticed) in 40 days. Seeing that the church had been completed and Sultana had fled to Kyustendil, the Vali immediately ordered the execution of three church elders in front of the church, and Friar Peco was imprisoned for three years. Sultana returned to Berovo only when she learned that the Vali had been murdered. 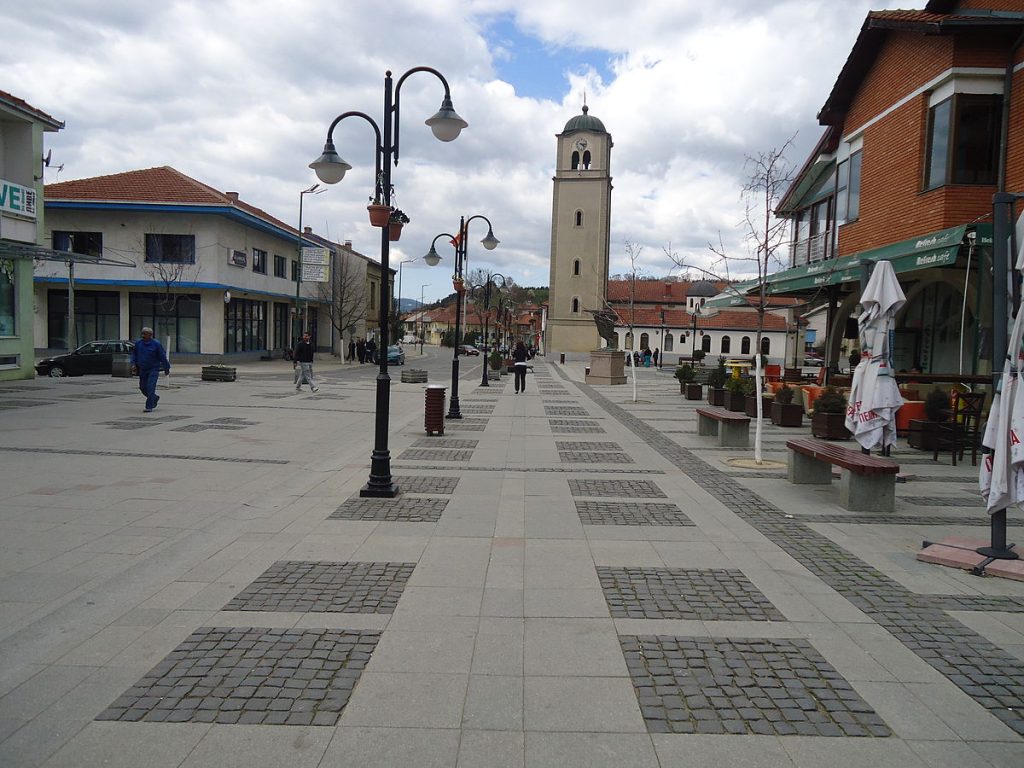 The three gates of the church face the town, the river and the pine forest. A large porch dominates the monastery yard and in the dimness of its interior, oil lamps lighten images of saints, painted in a characteristic style that is antonymic to Byzantine canons. Only the icon of Noah was painted by George Veljanov from Strumica in 1818. From 1897 to 1920 the painter Gavril Atanasov also worked in the monastery. The icon of the Dormition of the Theotokos was painted by Gregory Pecanov from Strumica in 1878. The residential quarters are of a free-style construction. They attract with the warmth of the wood used, shaped in a 19th century old-urban style. Four sisters coming from the Veljusa monastery live together with the last nun of the previous lineage. The sisterhood of the monastery is active in the Byzantine style icon painting. The beginnings of the renewal of fresco painting in Macedonian monasteries were started by the sisterhood. The women monastery within the church played an important role in World War II, as well as in making people literate, since it was exactly there where the first cell school was opened, a period from which a number of old books have been preserved, subject to respect and admiration among the contemporary generations.

The first female monastery was built in 1840 in a 19th century architectural opus, twenty years after the construction of the Church of the Holy Archangel Michael, and the first nuns were the daughter-in-law and the daughter of Friar Risto, a son-in-law of Friar Peco. They had their monastic tonsure (removal of the hair of the head) with a blessing from the Rila Monastery’s abbot. Eugenia I was the first abbess of the monastery, the second – Eugenia II, the third – Eugenia III, and the fourth abbess was Eulampia in 1958 by the first Archbishop of Ohrid, Dositheus. At its peak, in the first half of the twentieth century, the monastery numbered up to sixty nuns, with a rich and developed economy, a theological seminary, a weaving mill, and the first single-phase hydro-power plant in this area. 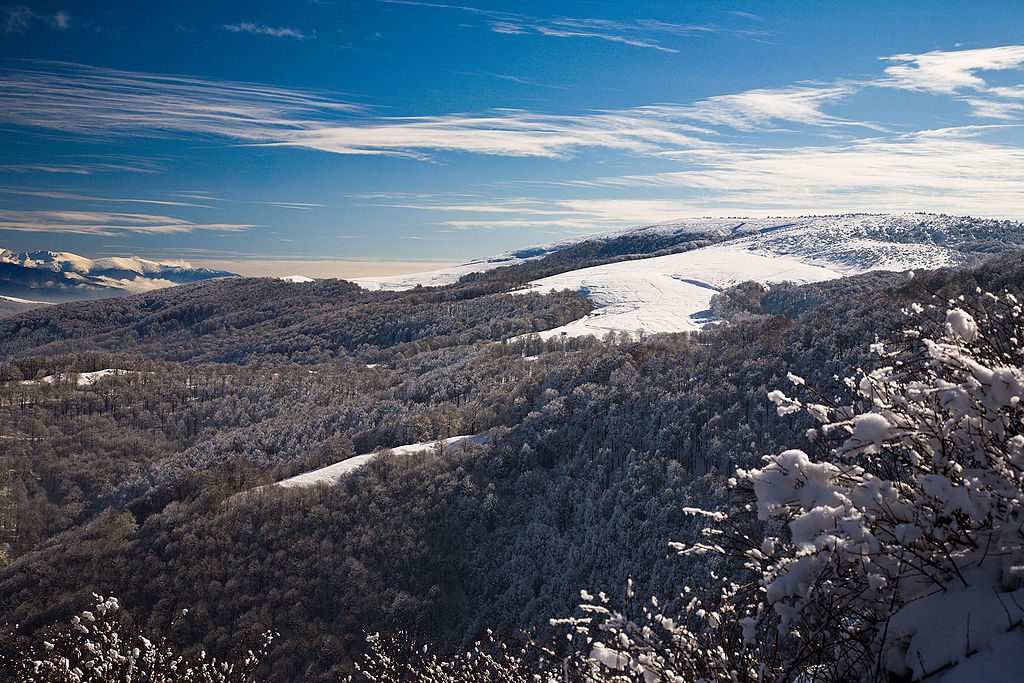 Berovo is also famous for its celebration of the great religious holiday of the Mother of God’s Assumption,  known among the people as GOLEMA BOGORODICA.  Every year on August 28th, Berovo organizes the holiday hosted in the male monastery, an event attended by a great number of Orthodox Christians, culture and tradition lovers as well as tourists. The Mother of God, a Macedonian medieval style church was built in 1972-75 next to the  monastery, on the foundations of, and on the very spot where there had been,  the old church.

We  highly recommend Berovo to all adventurers, nature and culture lovers.