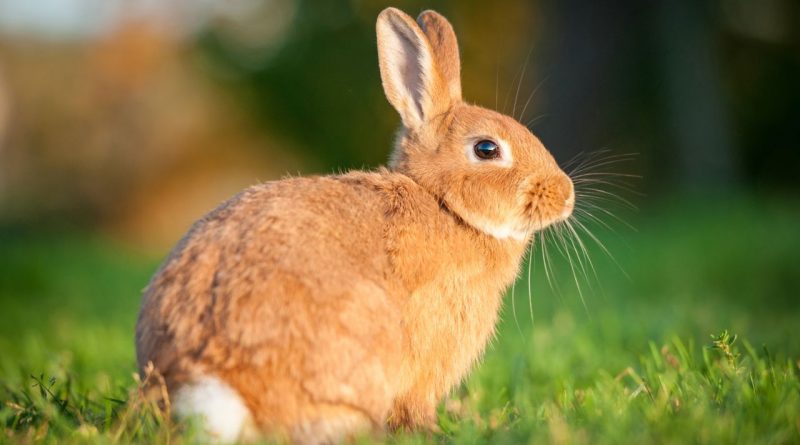 There is no nicer winter image than the one of a white rabbit slowly running through the deep white snow in the middle of a plain. Rabbits are seen as animals of the nonchalance and freedom. And it is indeed one of their features. They do not like to be locked in cage. Even rabbit farms must have a wide open space. And they should be watched carefully as rabbits dig holes beneath the ground making escape tunnels.

The English vocabulary of rabbit terms is rich and interesting: some more general terms and place names actually come from the rabbit realm. Male rabbits are called bucks; females are called does. An older term for an adult rabbit is coney, while rabbit once referred only to young animals. Another term for a young rabbit is bunny, though this term is often applied informally (especially by children) to rabbits generally, especially domestic ones. More recently, the term kit or kitten has been used to refer to a young rabbit. A group of rabbits is known as a colony, or nest (and occasionally a warren, though this more commonly refers to where the rabbits live).

Let us compare the features of rabbits as a biological species with the way we see rabbit through the prism of our childhood imagination that is often affected by the representation of rabbits in fairy tales and cartoons. Rabbits have two sets of incisor teeth, one behind the other. The rabbit’s long ears, which can be more than 10 cm long, are probably an adaptation for detecting predators. They have large powerful hind legs. The two front paws have five toes, the extra one called the dewclaw. They move around on their toes while running. Rabbits are prey animals and are therefore constantly aware of their surroundings. They often sleep with their eyes open so sudden movements will wake the rabbit and alert it to dangers. A rabbit may freeze and observe, then warn others in the warren with powerful thumps on the ground. Rabbits have a remarkably wide field of vision, and a good deal of it is devoted to overhead scanning. They survive predation by burrowing, hopping away in a zigzag movement, and, if captured, by delivering powerful kicks with their hind legs. Their strong teeth allow them to eat, but also to bite in order to escape a predator in a struggle.

The rabbit can be a perfect human friend and a pet. They are very active and social animals. They want to play and they develop strong affinity towards their owner. If one is acts carefully and properly with them they can learn and be taught many things.

But they also seem to be demanding animals. Apart from the specially produced rabbit food, they always want fresh vegetable. They have a habit always to have something in their mouth, so this need can be eventually met with some toy.

The life span of a rabbit is five to fifteen years. The rabbit has always been precious and “noble” part of the cuisine. It was the traditional hunting target of the nobleman, and is still hunted today. Rabbit hunting season starts in mid October. The rabbit meat has high quality and dietary value. It contains very small quantities of fats but is rich in proteins. It is leaner than beef, pork, and chicken. It can be used in most ways chicken is used. Yet the meat has to be marinated and cooked slowly to reach the ideal softness and to absorb juices, as it is rather dry.

The rabbit has a strong cultural and religious presence. One of the most widespread metaphors is that they are tricksters. But it symbolizes gentleness and strife for freedom. But also, they are associated with fertility and often in the oral literature and folk tradition they can be adopted as metaphors of eroticism and even sex. One of the best Macedonian folk song sung by the bard Aleksandar Sarievski speaks about the decision of the rabbit (Zajko kokorajko) to get married. He went to the village to marry a hen, but when he saw the hunters trying to shoot him, he immediately denied his intention and started to run back as fast as possible.