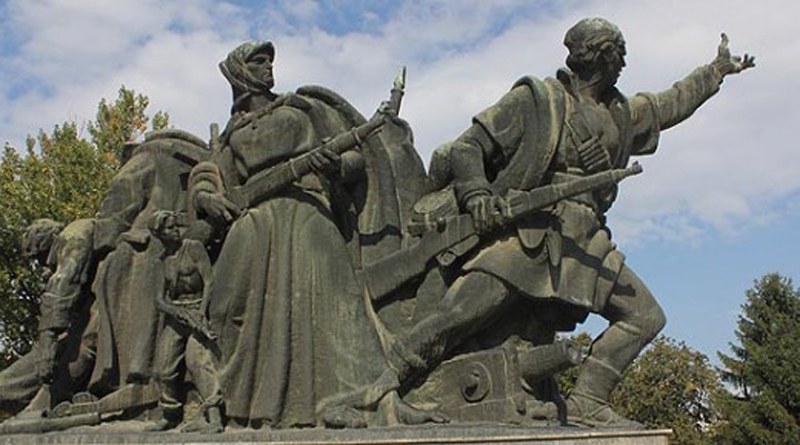 Alongside August and September, October is another month when Macedonians celebrate their statehood. We celebrate our long struggle for independence and a historical alliance with progressive forces. 11 October is one of the biggest national holidays instituted at the end of World War Two as the Day of the People’s Uprising.

On this day in 1941 the fight against fascism and occupation of the country began. Then young conspirators in Prilep, mainly students and members of progressive movements, organized three simultaneous military acts in the town, thus starting the urban resistance which later grew into the Macedonian Liberation War. They were organized in the so-called First Prilep Partisan Squad when they attacked the building of the police station, the prison department and the telecommunications network of the occupying forces. Next day, 12 October, in the northern part of the country, in the region of Kumanovo, two partisan units, Karadak and Kozjak Squads, executed another attack on the fascist military forces.

The Macedonian uprising started during a very difficult period of the war when the fascist powers were strong and were winning every battle. The first isolated attacks symbolically launched the resistance movement and kept up the faith in a better world until the military resistance to occupation gathered more support. Until 1943 many fighters were imprisoned, tortured and killed by the occupation forces. Then, in 1943, the Communist Party of Macedonia advocating national liberation and creation of the first ever Macedonian state was formed. Historians say that the liberation and statehood agenda received a bigger response from the masses and led to the establishment of the first regular military unit on 18 August 1943. This day is now celebrated as the Day of the Macedonian Army. During 1943 two towns, Debar and Kicevo, were liberated. By 1944 the Macedonian Liberation Army numbered 110 thousand people and consisted of several corps and divisions. It liberated the whole Macedonia during 1944. Macedonian soldiers participated in the liberation of other parts of Yugoslavia. The alignment of Macedonian leaders and people with the democratic and anti-fascist forces brought to fruition the dream of statehood and remains the foundation of the modern Macedonian state which for the first time in history was established in 1944 as part of the Federal Yugoslavia.

11 October is traditionally celebrated nationwide and particularly in Kumanovo and Prilep. Representatives of the local authorities, the army, political parties parties and civil organizations together with war veterans gather at the Monument to the Fallen in the War in Kumanovo. The police station in Prilep which was the target of the original attack has been transformed into 11th October Museum. Prilep veterans visit the monument to Metodija Andonov Cento, the first President of the Macedonian Constitutional Assembly. Parliamentary and other delegations bring flowers to the partisans’ graveyards in Skopje. The glorious date of 11th October is commemorated by the modern state that has given this name to one of its highest national decorations for lifelong achievement in the sciences, arts and other fields. It is traditionally awarded in the National Parliament. Concerts, readings and other cultural and public events mark the day of the uprising. The most spectacular event is again in Prilep where fireworks follow the enactment of the attack at the police station as it happened in 1941.

The central message of the commemoration of the 11th October uprising is that we remeber those who sacrificed their lives for liberty and peace. The uprising and ensuing liberation struggle continued the freedom-fighting tradition of the legendary Karposh Uprising, the Uprising in Razlog and Kresna and the famous Ilinden uprising spanning three centuries. But today’s political elites are aware that this tradition also calls for an affirmation and fulfillment of the vow of the present generation of national leaders to integrate Macedonia into the European Union and NATO.